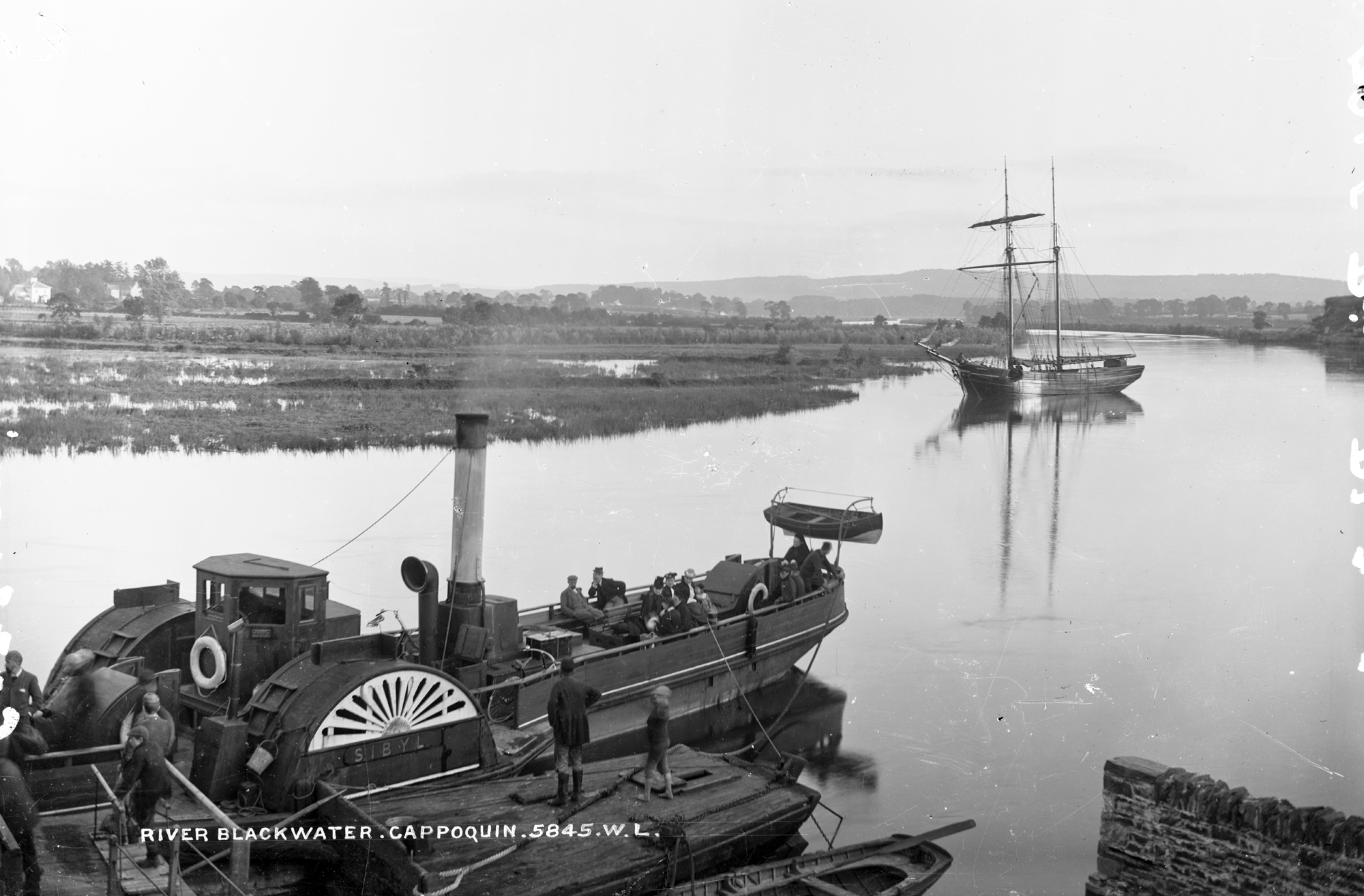 Try to find the date or year when this image was made.
Thanks for contributing!
As derangedlemur solved today's mystery image in about 30 seconds, presenting today's bonus photograph - the paddle steamer Sibyl (libations to all the maritime gods that for once the name is clear!) on the River Blackwater near Cappoquin in Co. Waterford.