Portrait of two men in suits smiling at the camera 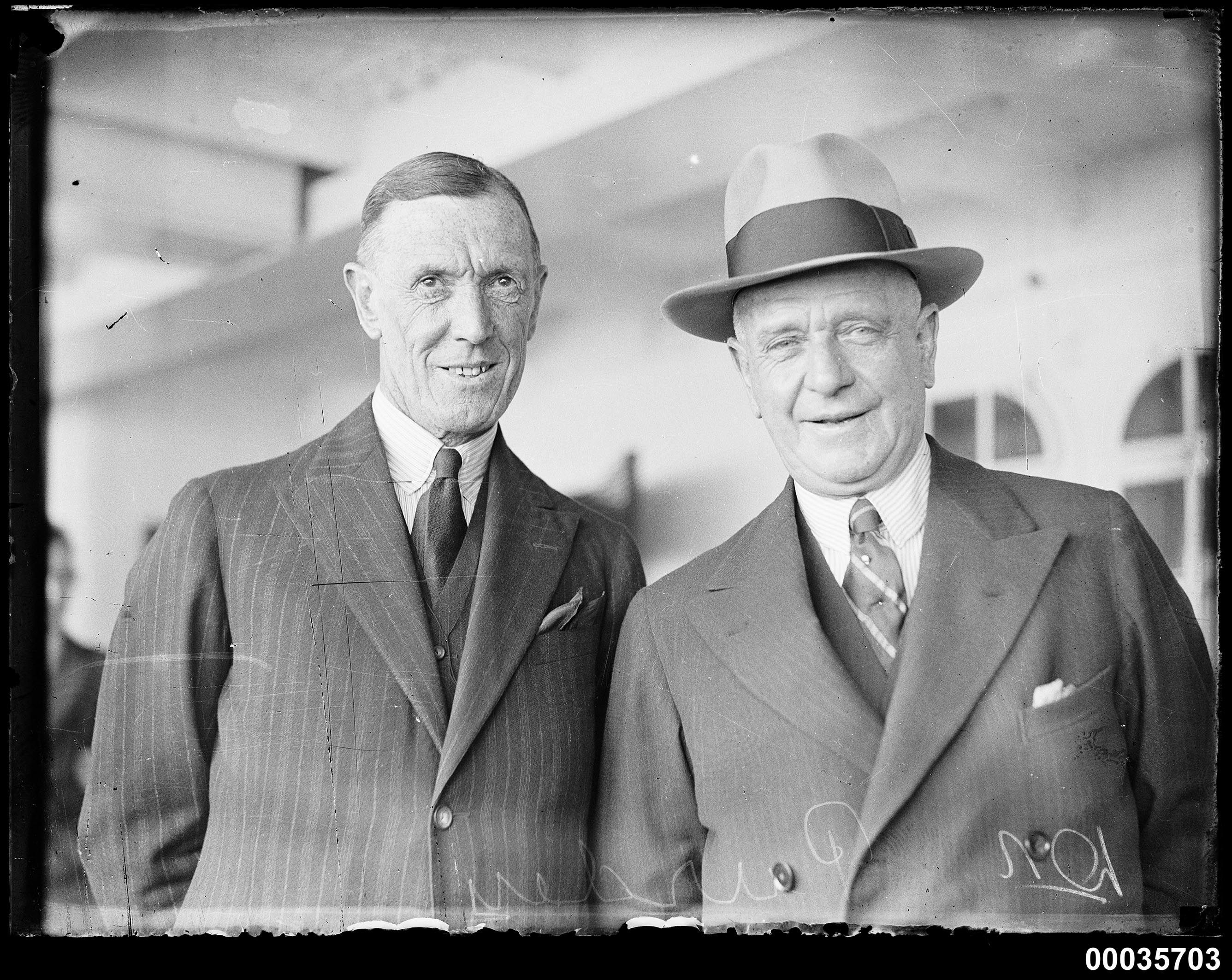