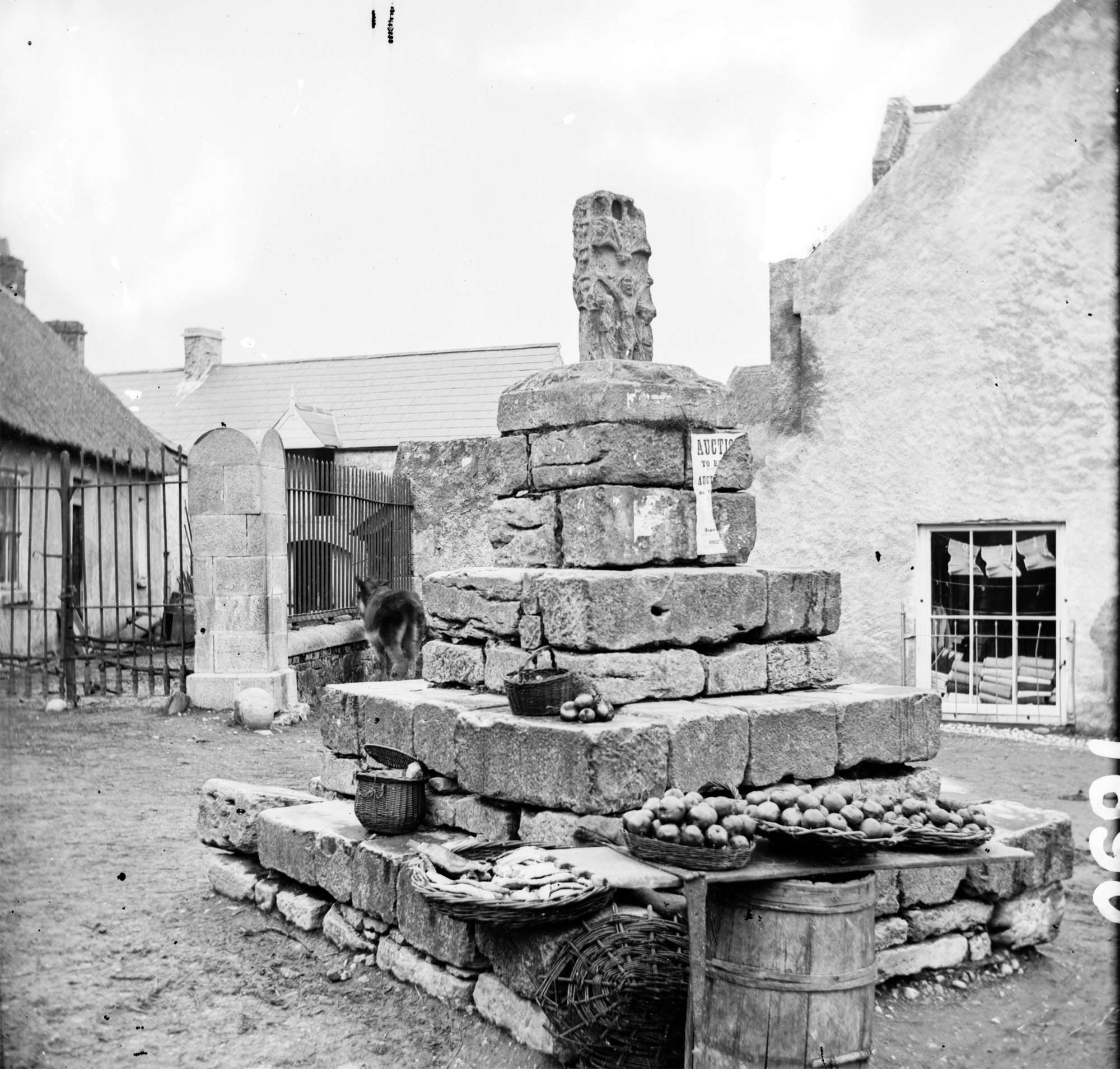 Try to find the date or year when this image was made.
Thanks for contributing!
Bizarre construction altogether that can be seen here too. Did the plinth operate as a market stall?

We had no idea where this was, so many thanks to Leonard Bentley for identifying it as being beside St. Mary's Church, Athenry, Co. Galway!

My heartfelt thanks to whoever ripped off the guts of that auction poster which probably had lots of lovely location and dating information!