Who fears to speak of '98 (or Consumption) 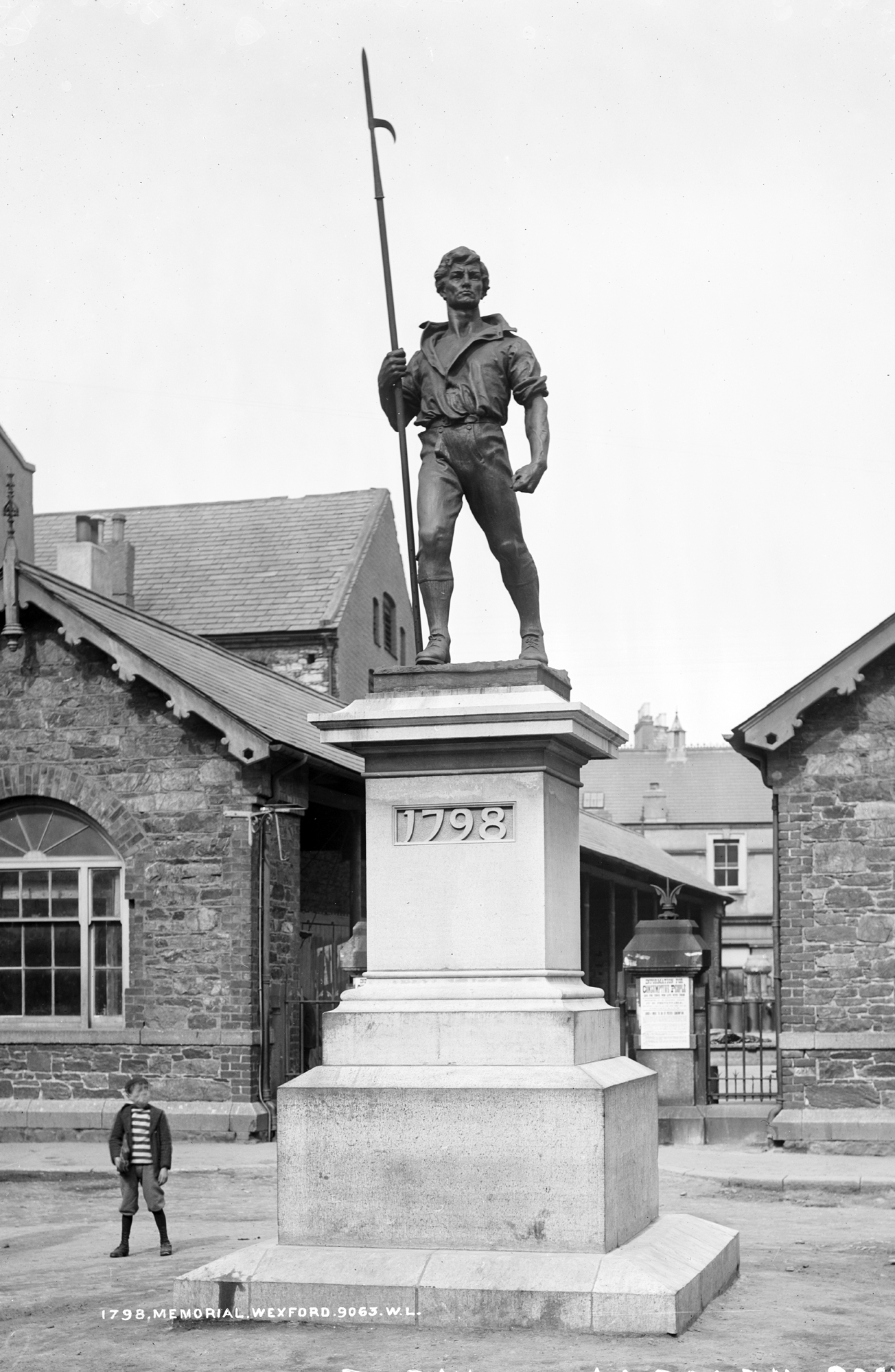 Try to find the date or year when this image was made.
Thanks for contributing!
Love this one for the way the boy in his lovely stripy geansaí has mimicked the stance of this 1798 commemorative statue in Wexford town.

The poster in the background may be useful for dating purposes. I can't read all of the poster, but the top bit says "Information for Consumptive People and for those who live with them". I think this may be to do with the nationwide campaign against TB in 1907/1908...