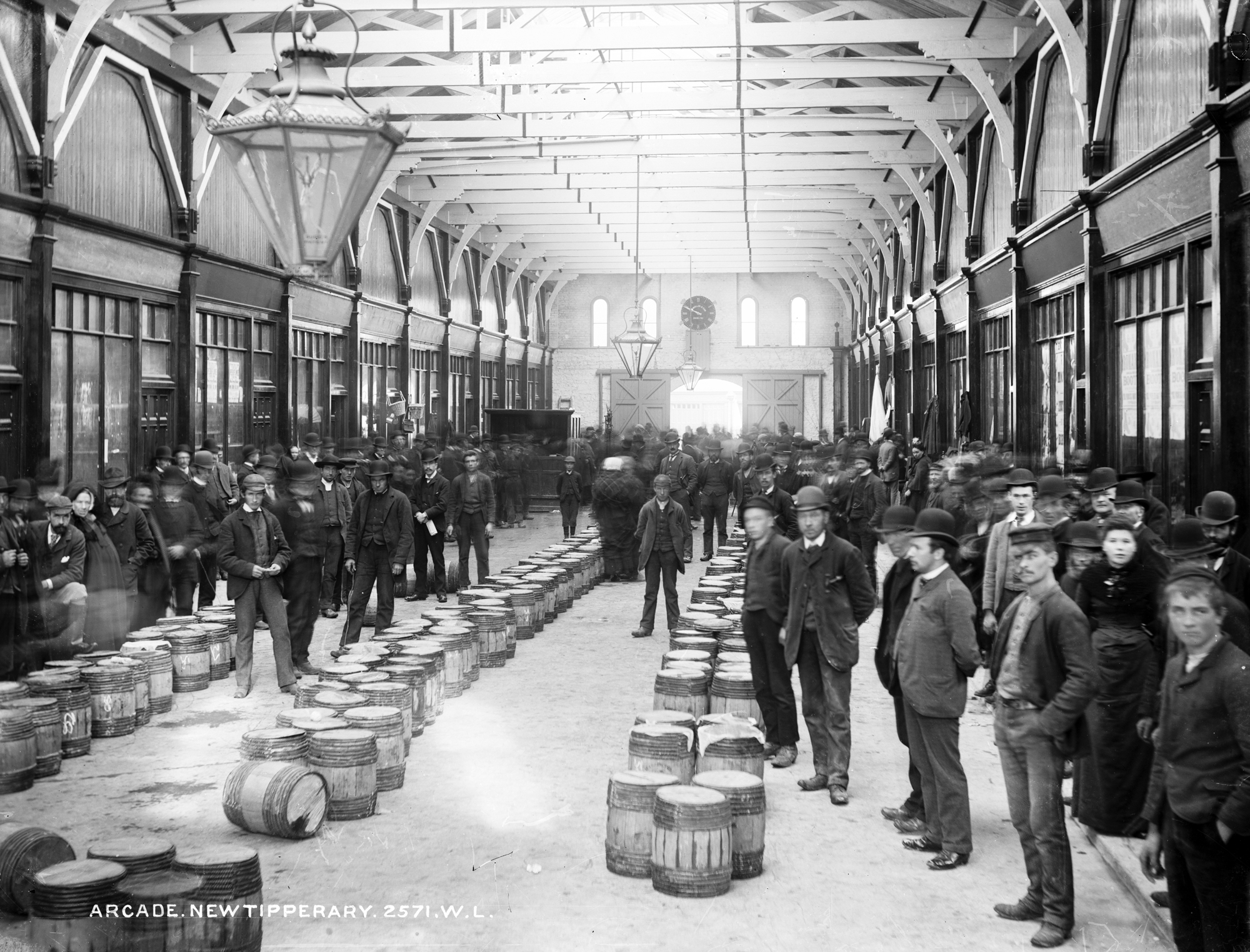 Try to find the date or year when this image was made.
Thanks for contributing!
Following on from yesterday's photo of Dillon Street in New Tipperary, here's the Arcade built near the same location. Couldn't decide between the two images we have digitised, and as it gives us an end to end view of the Arcade, I decided to upload both - here's the view from the other end of the Arcade.

Read through the comments below for the rather remarkable story behind this lovely, but short-lived structure. The short version is that this Arcade was built during Plan of Campaign protests (1880s/early 1890s), when protesting tenants paid landlords only what tenants considered fair rent. Arthur Smith-Barry, main landlord of (Old) Tipperary Town, was not happy with this. His evicted tenants moved to New Tipperary – made up of just a few streets and this Arcade – all built from funds raised in Australia and America.

In the end, Smith-Barry defeated his former tenants, and
sadly, this Arcade was demolished at 4 a.m. on 11 August 1892.