When the boat comes in... 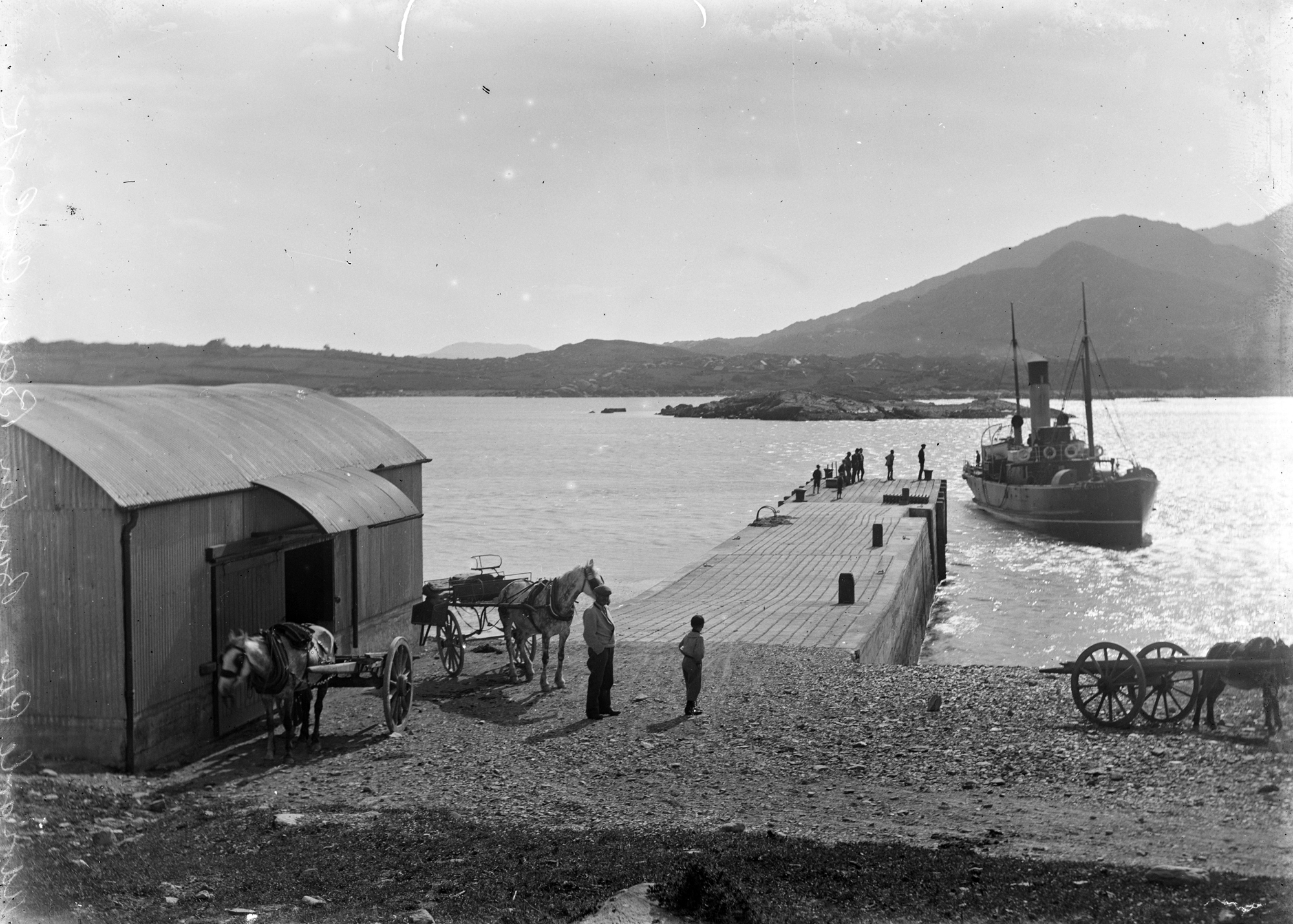 Try to find the date or year when this image was made.
Thanks for contributing!
This pier should be somewhere near our Telegraph and Post Office at Adrigole in West Cork. Hoping that Peg of Peg's Shop in Adrigole (via Bearaboy) may have some information about this one too…