"He always had a dog with him" 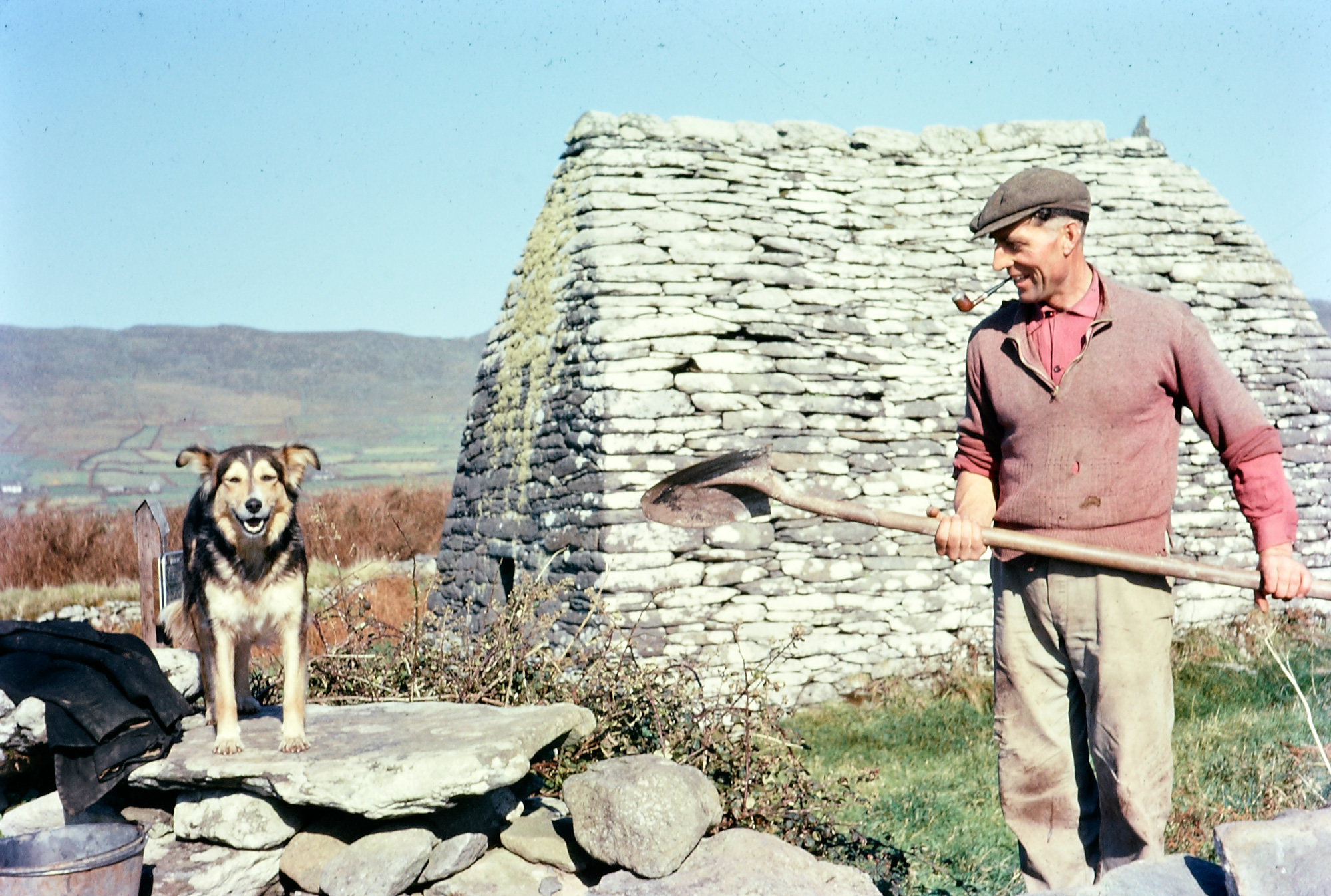 Try to find the date or year when this image was made.
Thanks for contributing!
Thought I'd surprise you with a colour photograph today, as we haven't had one for ages. So here's one very contented looking man and his dog, working alongside the Gallarus Oratory on the beautiful Dingle Peninsula in Kerry. Any and all information on the Oratory would be gratefully received...

It took a long time to put a name to the laughing face in another of our Tilbrook photos. I thought anyone who knew this man would be able to identify him, and hoped that our roving Kerry reporter Mossy Carey might get on the case, and he did:
"This is Seamus Johnson, uncle of Seamus Kelliher, who has confirmed the identity. He maintained the oratory during his lifetime."

Mossy Carey was almost beaten to the draw by Maire Oakes over on our Facebook page, who was the very first to identify Seamus. But then along came our very favourite identifier - a family member. Patrick Johnson aka Paddyj1325 says:
Hi.
Just heard from my brother and 2 of my sisters. They confirmed that it is indeed my Uncle Jim. I never met him but they each did when they went back over for visits.
My brother Sean, who got to spend a summer with him one year at the farm, says this:
"Yup, that is him. Cool picture. He always had a dog with him.
He was a very kind and gentle man. Much quieter than Da. He was paid by the government to be the caretaker of that ancient church.
He used to stand up at the oratory and tell people the history of the place. People used to think he worked there and they would tip him.
One last unknown fact. The history books say the church is the same as it was 1,000 years ago, untouched by man. WRONG!
The stones across the top were put there by Dad’s Father to keep the rain out because he kept sheep in there. Originally the top was open to let light in.
Uncle Jim used to have a very old picture of the place and you could see someone added a top row.
Facts you can’t find in a book."