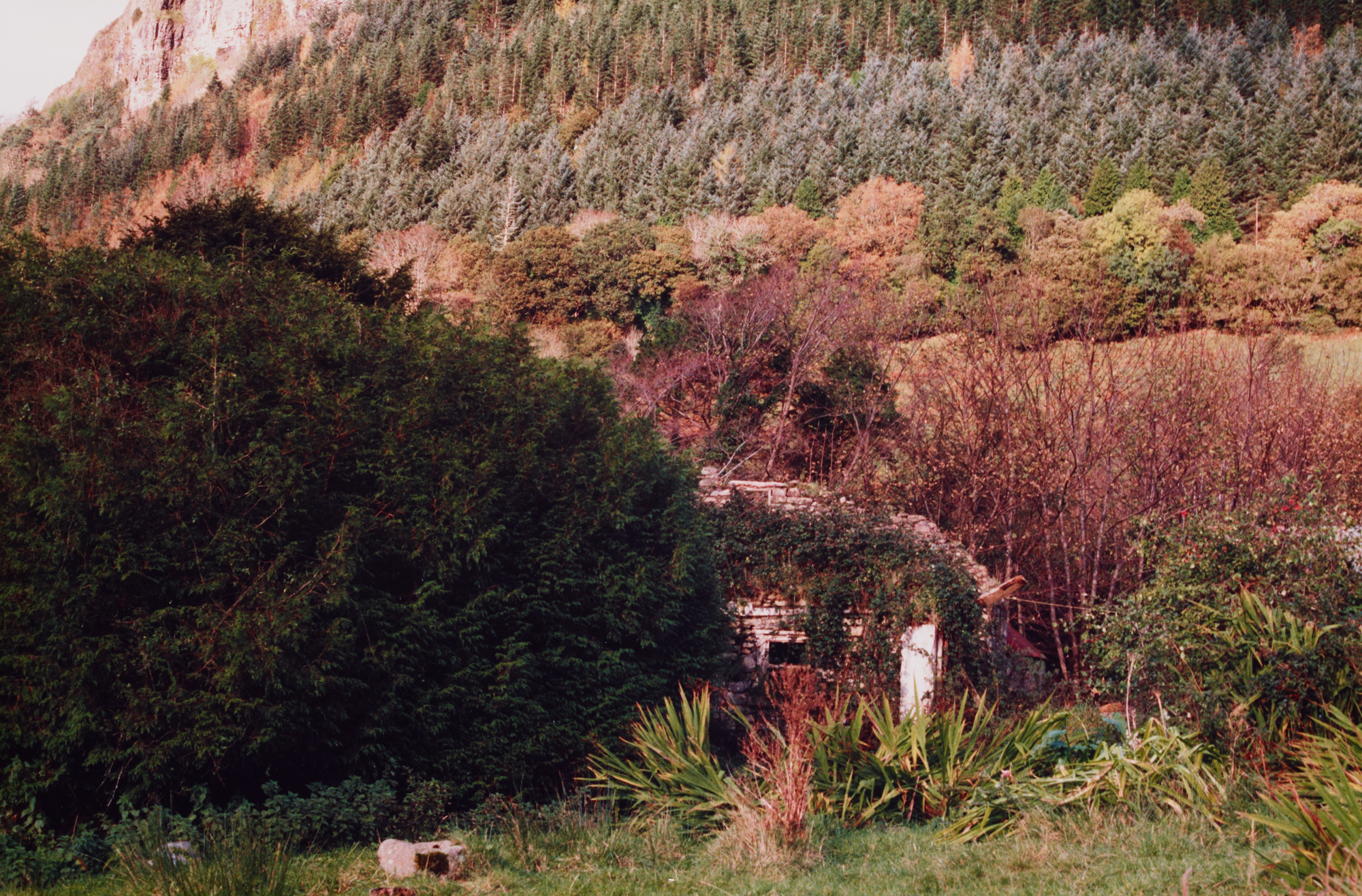 Try to find the date or year when this image was made.
Thanks for contributing!
Taken by photographer, Mary Guckian, who noted that the house was "in use until 1970s - Family Siberry not interested in re-opening at present, despite suggestions from local councillor that cottage be re-built in former style."

You can compare this view of The Tea House at Glencar with its companion photo taken approximately 100 years earlier as part of the Lawrence Photographic Project 1990/1991, where one thousand photographs from the Lawrence Collection in the National Library of Ireland were replicated a hundred years later by a team of volunteer photographers, thereby creating a record of the changing face of the selected locations all over Ireland.