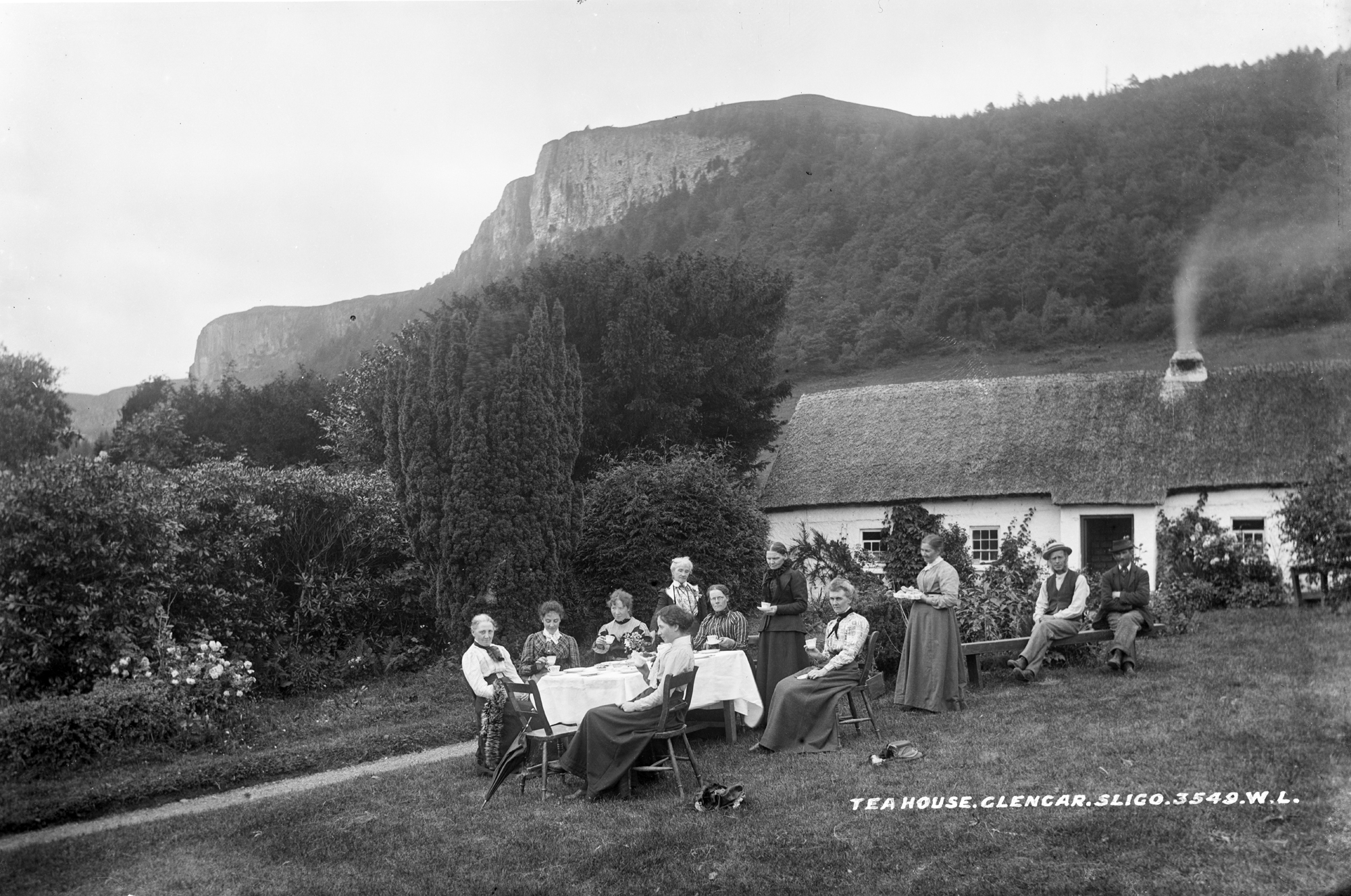 Try to find the date or year when this image was made.
Thanks for contributing!
This photo was taken probably by Robert French, chief photographer of William Lawrence Photographic Studios of Dublin.

You can compare this view of the The Tea House at Glencar with its companion photo taken approximately 100 years later as part of the Lawrence Photographic Project 1990/1991, where one thousand photographs from the Lawrence Collection in the National Library of Ireland were replicated a hundred years later by a team of volunteer photographers, thereby creating a record of the changing face of the selected locations all over Ireland.