Miss Anderson, but which one? 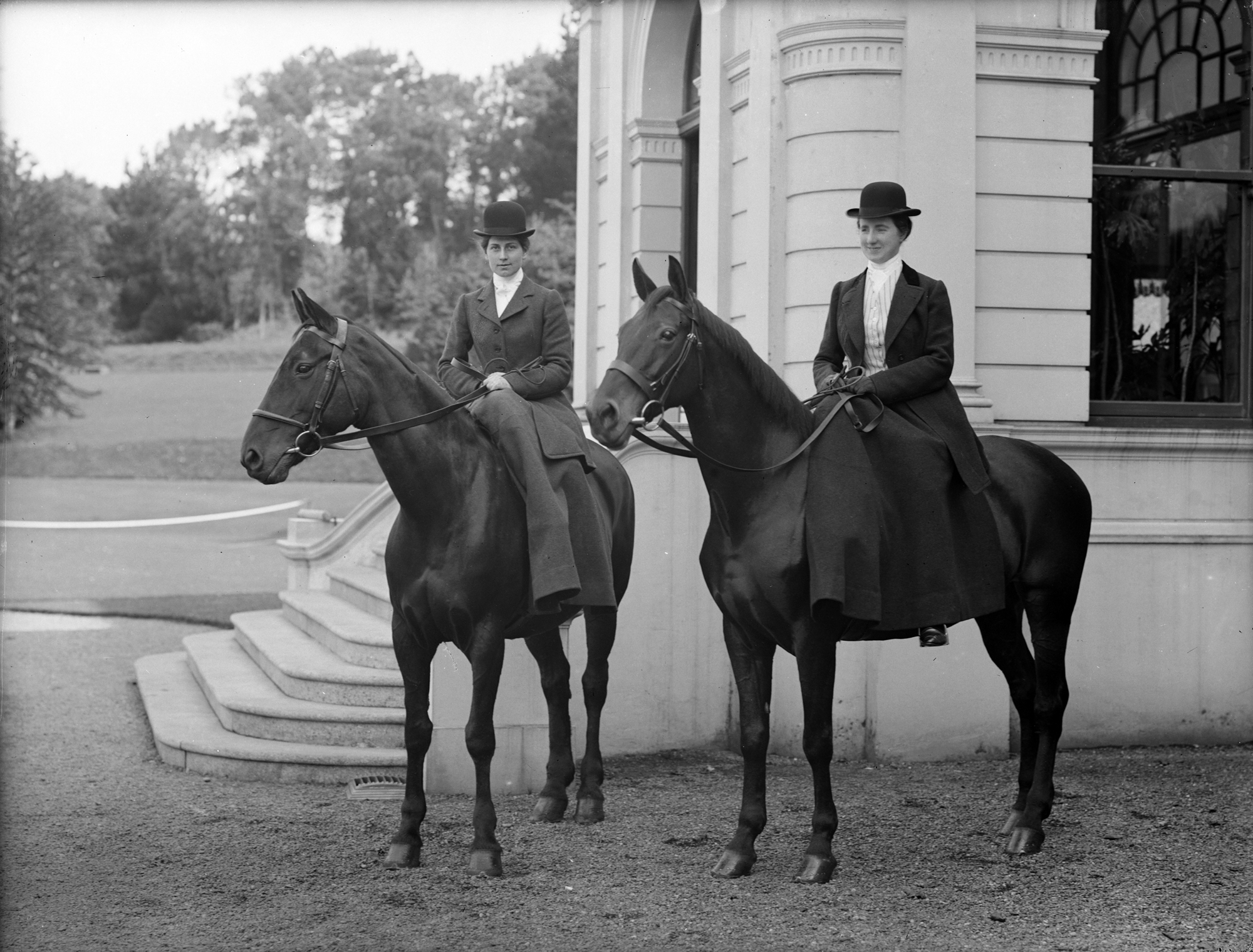 Try to find the date or year when this image was made.
Thanks for contributing!
Just love this one! Everything seems so glossy and shiny - the horses' coats, their hooves - even the windows are gleaming.

Very smartly turned out in their riding gear are these two young ladies at Grace Dieu Lodge, Clogheen, Co. Waterford. We had this photograph titled as the Misses Anderson, but from all the research below, it looks as if there was only one Miss Anderson connected with Grace Dieu Lodge at this time - Miss Susan Alice Anderson (1881-1941), who would have been about 26 when this photo was taken.