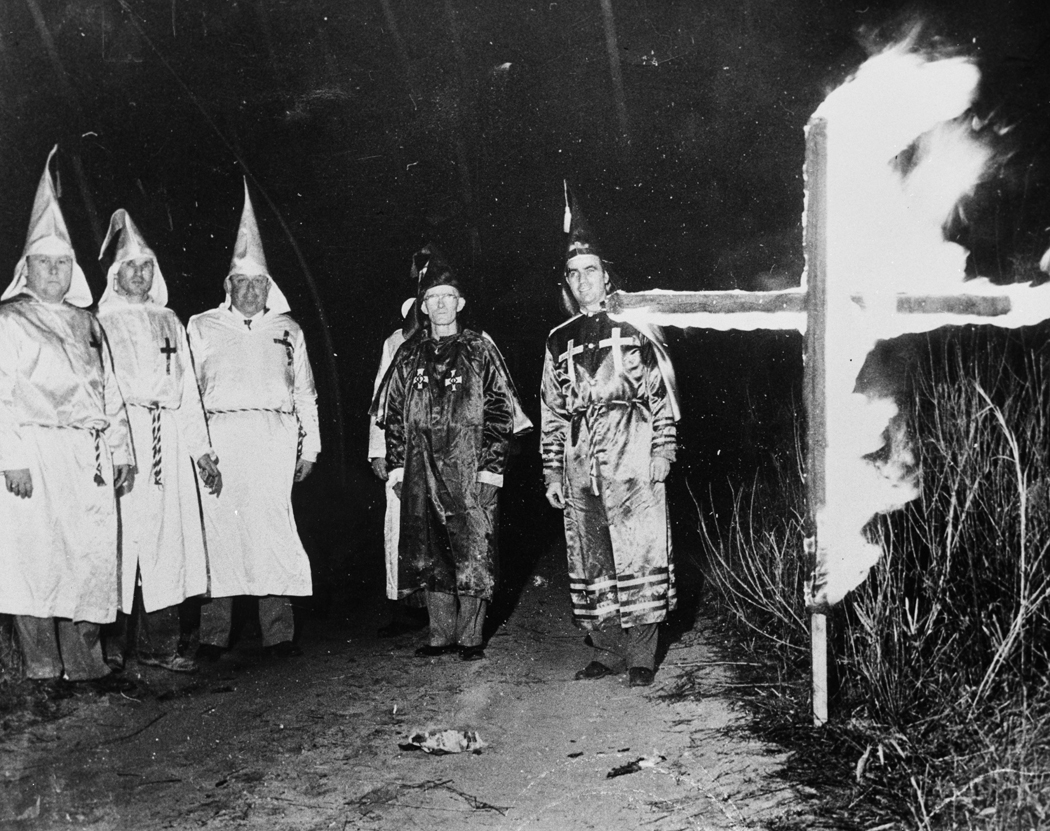 Try to find the date or year when this image was made.
Thanks for contributing!
Klansmen in robes with burning cross (State's Exhibit No.4). The photographer for this shot is not listed or known, and it is likely that this photo was taken at a Klan cross burning in earlyJanuary 1958 in East Lumberton and south of St. Pauls, NC (Robeson County). Photo used as state's evidence in North Carolina Supreme Court Case Number 722, State vs James Garland Martin, Spring Term 1959, and Case Number 723, State vs James Cole, James Garland Martin and others to the State unknown by name, Spring Term 1959. From General Negative Collection, State Archives of North Carolina.