"... a foot in foreground" = Ruins of Olderfleet Castle, Larne 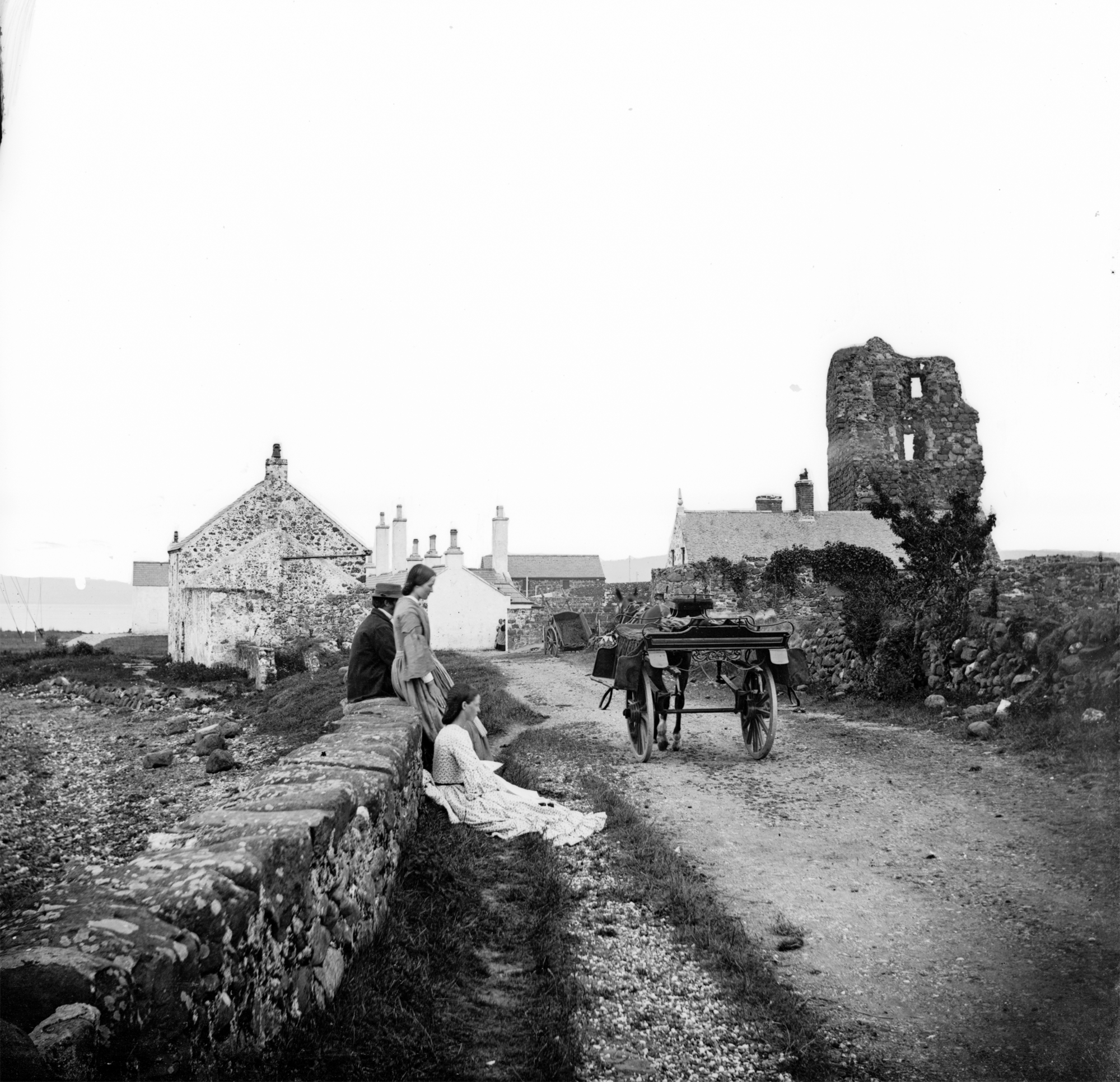 Try to find the date or year when this image was made.
Thanks for contributing!
Hope none of you are eyeing the foreground uneasily to search for a severed limb, but in our catalogue, this image is titled: "Road approaching village, ruin to right, side-car, tourist party, a foot in foreground" so couldn't resist it as a title.

That said, we started off this week with a toughie (technical term). We didn't know where this was taken, but I threatened that if you all solved this mystery with relative ease, I would eat my big feathery flouncy Flickr Hat! Think I can get away without eating that hat, as it did take a while for this one to be solved. Thanks to Flying Snail for suggesting Olderfleet Castle near Larne, Co. Antrim.