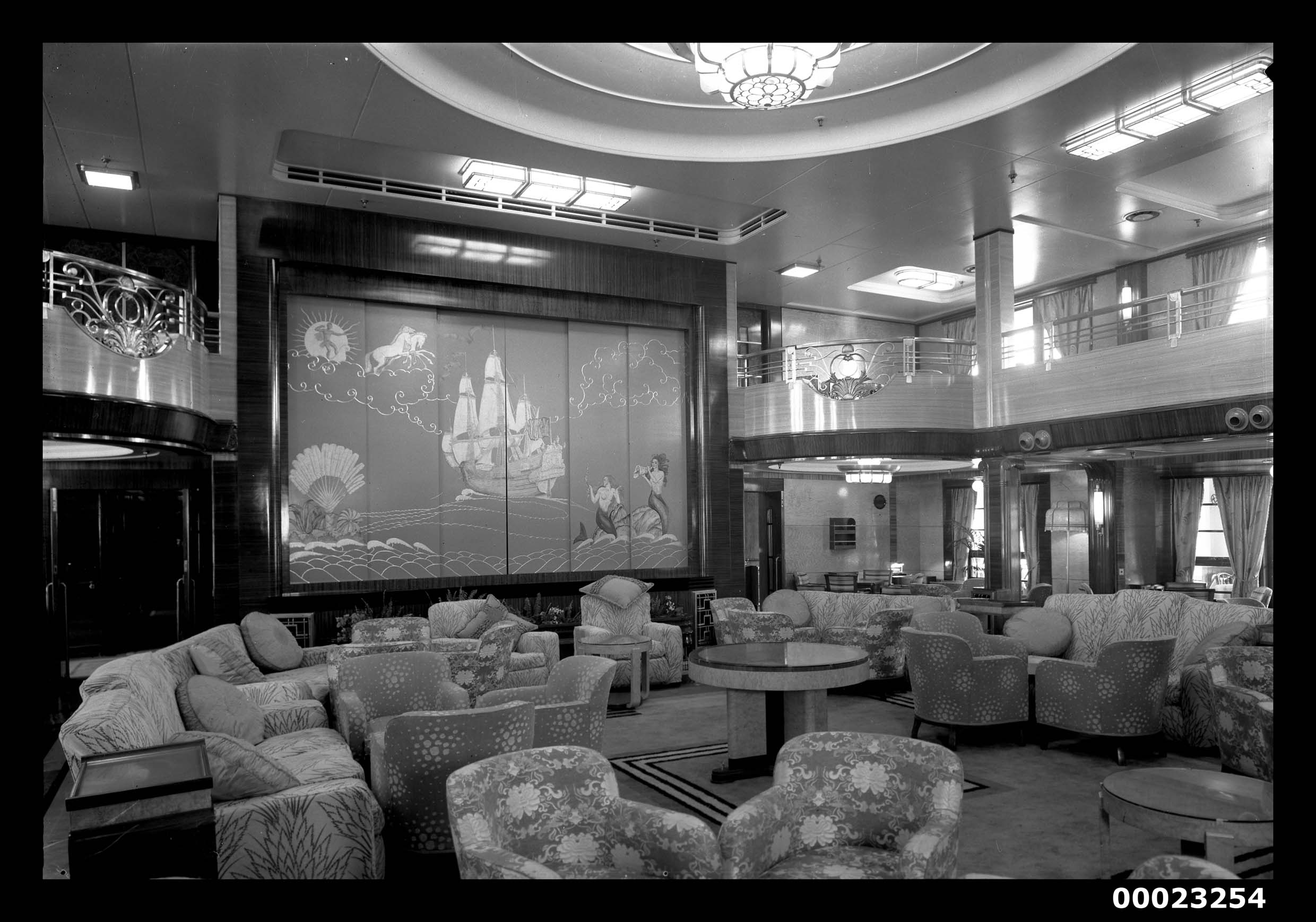 Try to find the date or year when this image was made.
Thanks for contributing!
Image of main lounge of TSS AWATEA. AWATEA, built in 1936, was owned by Union Steamship Company and was known as the 'Queen of the Tasman Sea'. It was a luxury liner that serviced the trans-Tasman route. AWATEA was requisitioned by the British Government during World War II and was sunk in 1942.