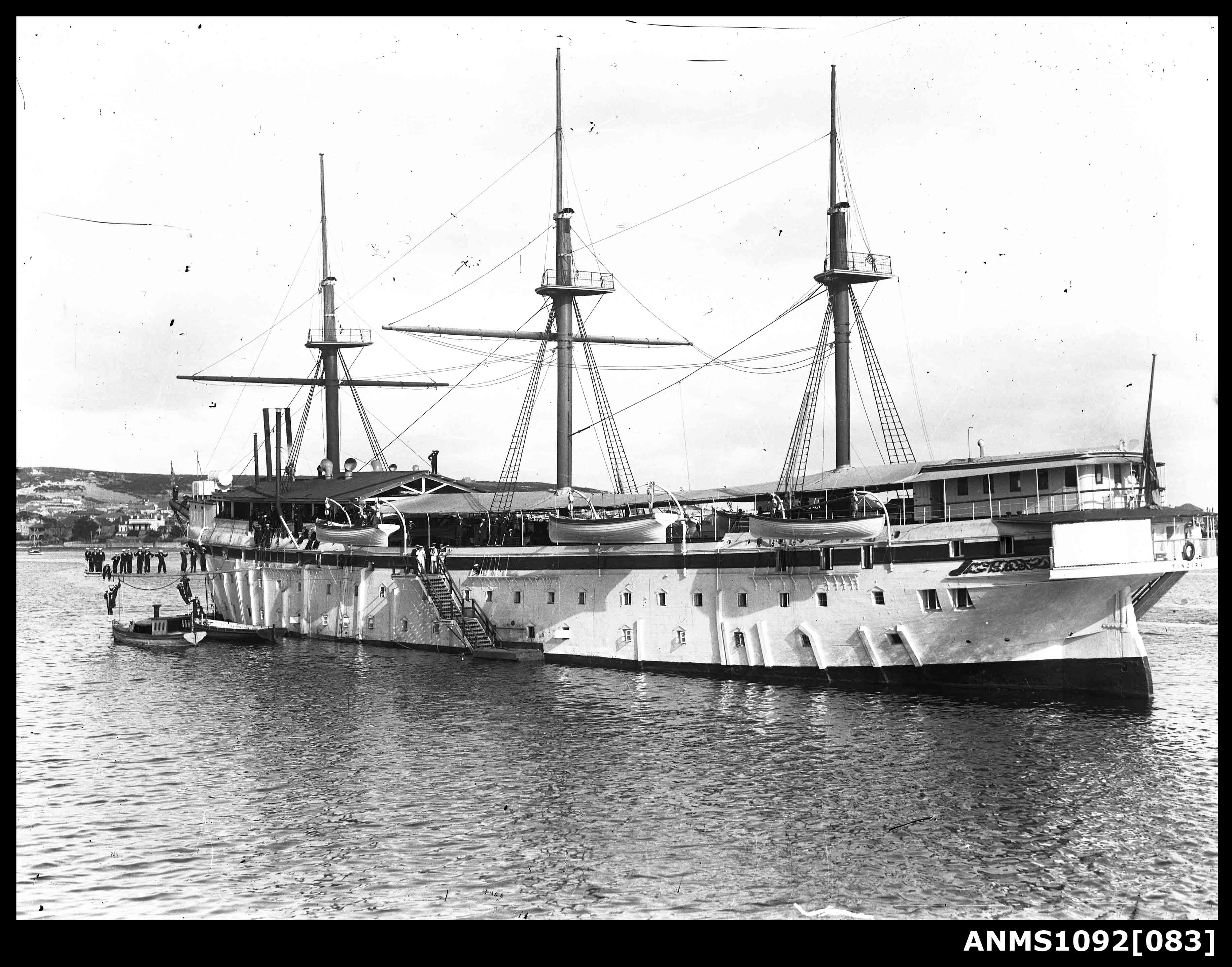 Try to find the date or year when this image was made.
Thanks for contributing!
TINGIRA was built in Scotland in 1886 as the passenger clipper SOBRAON. Purchased by the NSW State Government in 1891 and moved to Sydney the ship became a reformatory for boys, training them for a maritime career. The Australian Federal Government purchased the ship for the new Royal Australian Navy in 1911 and the vessel was commissioned as HMAS TINGIRA. TINGIRA was used by the RAN as a training ship and was decommissioned in 1927.

This photo is part of the Australian National Maritime Museum’s William Hall collection. The Hall collection combines photographs from both William J Hall and his father William Frederick Hall. The Australian National Maritime Museum undertakes research and accepts public comments that enhance the information we hold about images in our collection. If you can identify a person, vessel or landmark, write the details in the Comments box below.