Fast Excursion to the International Exhibition 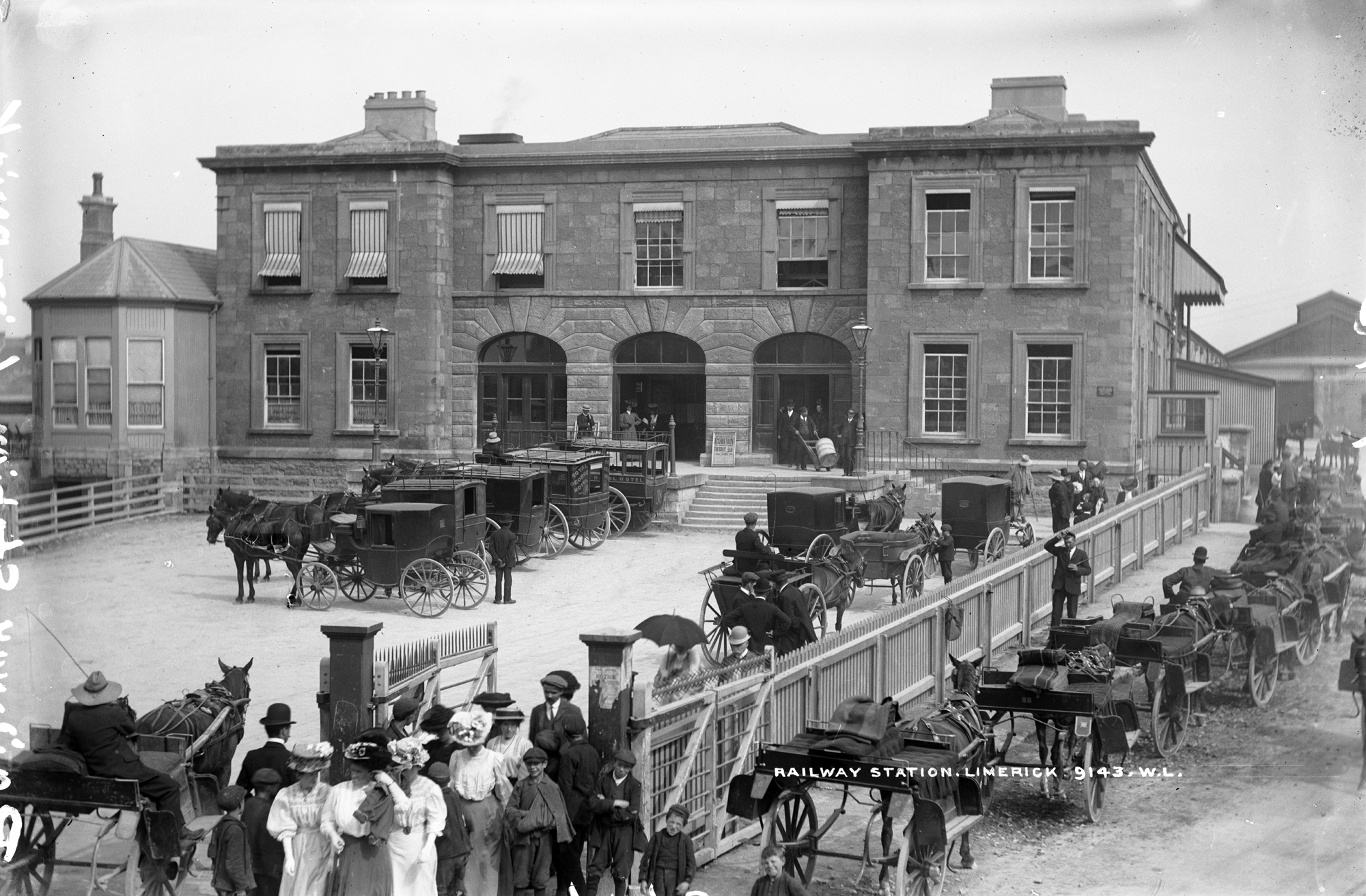 Try to find the date or year when this image was made.
Thanks for contributing!
It looks as if some quite stylish ladies have just alighted from a train at Limerick Railway Station, though they're of no interest to local children who are completely focused on the photographer.