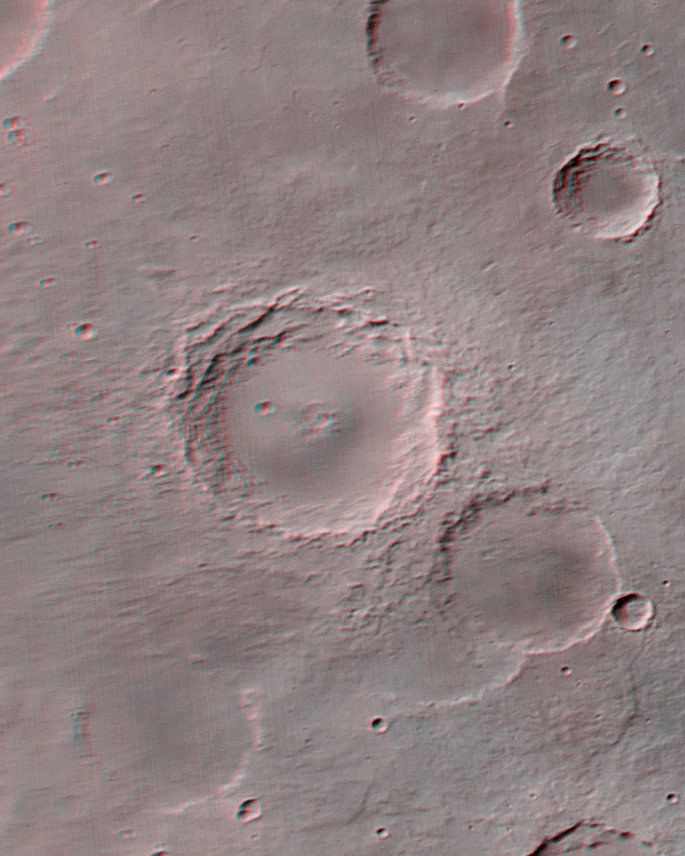 Try to find the date or year when this image was made.
Thanks for contributing!
Description: During May 1999, the Wide Angle cameras of Mars Global Surveyor (MGS) were used to map the whole planet at the intrinsic resolution of the Wide Angle camera -- 230 meters (750 feet) per pixel.

This picture is a stereo view from the Mare Tyrrhenum region, centered at 27.3°S, 227.0°W (NOTE: Red-blue glasses are needed to view the stereo effect). The crater that dominates the center of the picture is about 50 kilometers (31 miles) across.

Although similar photographic coverage of Mars was obtained by the Viking mission in the late 1970s, Viking took over three years to cover the planet, and there are significant variations in lighting, weather, and surface features in the Viking images. A substantial improvement came from the MGS cameras, which will has had important benefits to Mars exploration.