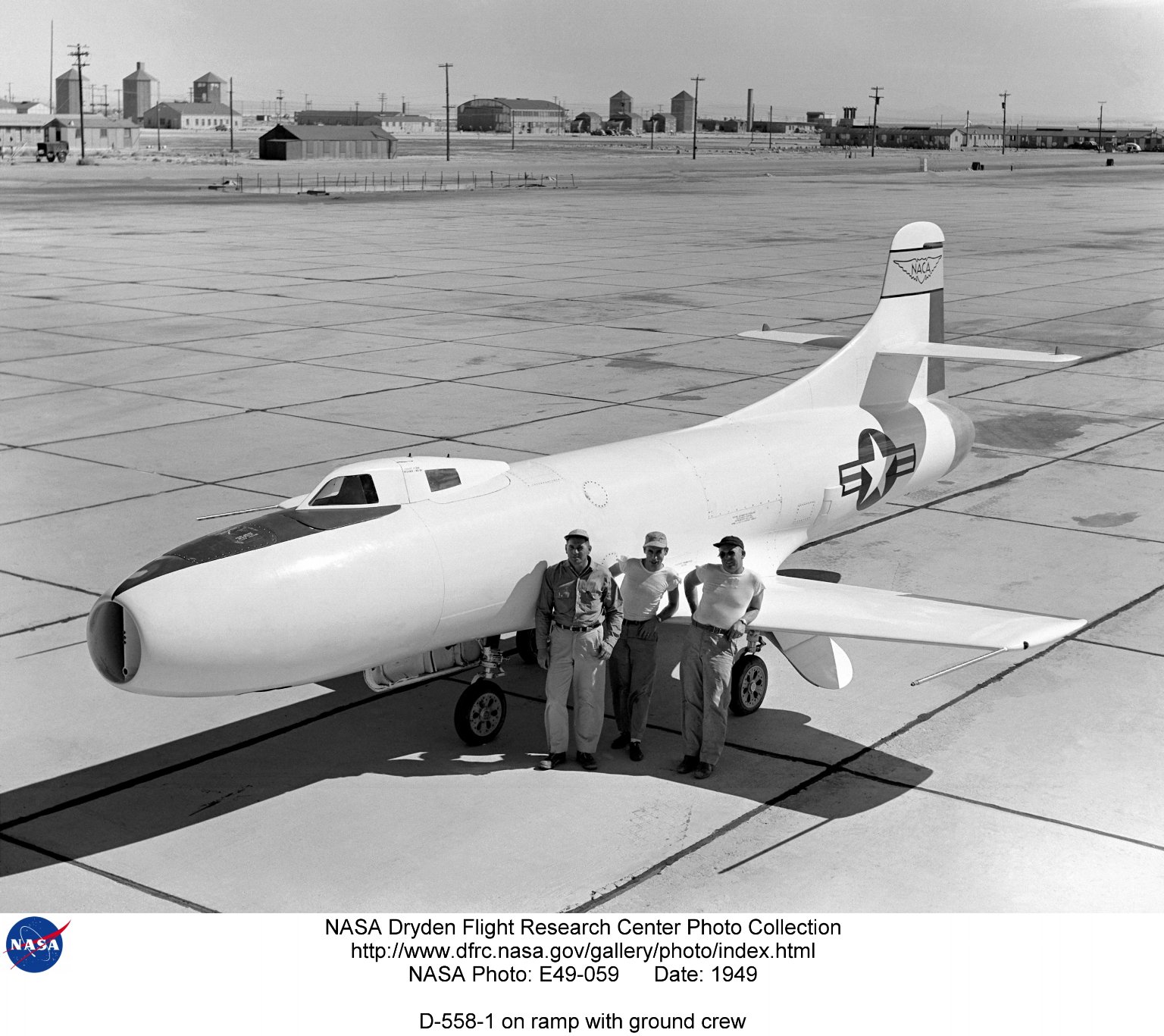 Try to find the date or year when this image was made.
Thanks for contributing!
Description In this NACA Muroc Flight Test Unit photograph taken in 1949, the Douglas D-558-1 is on the ramp at South Base, Edwards Air Force Base. Three members of the ground crew are seen poising against the left wing of the Skystreak. The D-558-1 was designed to be just large enough to hold the J35 turbojet engine, pilot, and instrumentation. The fuselage cross section had to be kept to a minimum. Due to this, the D-558-1 pilots found the cockpit so cramped that they could not easily turn their heads.

Conceived in 1945, the D558-1 Skystreak was designed by the Douglas Aircraft Company for the U.S. Navy Bureau of Aeronautics, in conjunction with the National Advisory Committee for Aeronautics (NACA). The first flight of the Skystreak at Muroc was piloted by Gene May on April 14, 1947. The Skystreaks were turojet powered aircraft that took off from the ground under their own power and had straight wings and tails. All three D-558-1 Skystreaks were powered by Allison J35-A-11 turbojet engines producing 5,000 pounds of thrust. All the Skystreaks were initially painted scarlet, which lead to the nickname "crimson test tube." NACA later had the color of the Skystreaks changed to white to improve optical tracking and photography.

The Skystreaks carried 634 pounds of instrumentation and were ideal first-generation, simple, transonic research airplanes. Much of the research performed by the D-558-1 Skystreaks, was quickly overshadowed in the public mind by Chuck Yeager and the X-1 rocketplane. However, the Skystreak performed an important role in aeronautical research by flying for extended periods of time at transonic speeds, which freed the X-1 to fly for limited periods at supersonic speeds.