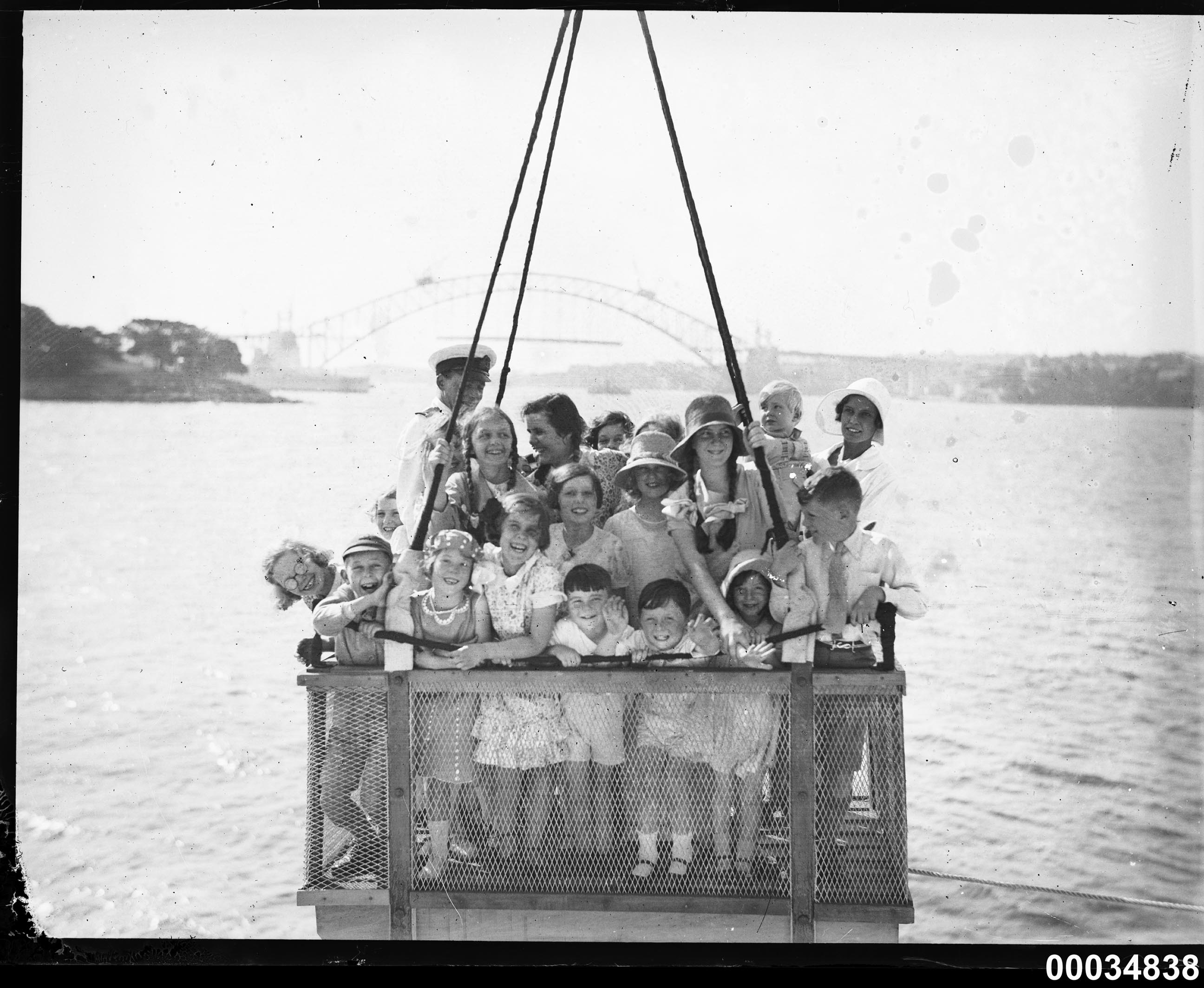 Try to find the date or year when this image was made.
Thanks for contributing!
This image depicts children in a crate hoisted on board HMAS AUSTRALIA II. The event was the annual children's Christmas party and was hosted on 6 December 1930. The girl wearing glasses on the left is Miss Rosemary Game, daughter of Sir Philip (Governor of New South Wales) and Lady Gwendolen Game. The boy next to her is possibly her brother Philip Game and the boy far right is possibly her other brother, David Game. The girl with pigtails and wearing a hat is possibly Miss Rosemary Budge, daughter of Sir Harry Budge, Secretary to the Governor, Sir Philip Game.