[Her Majesty Queen Elizabeth the Second and His Royal Highness The Duke of Edinburgh, seated in open top car, being driven through a street lined with crowds of people,1954] 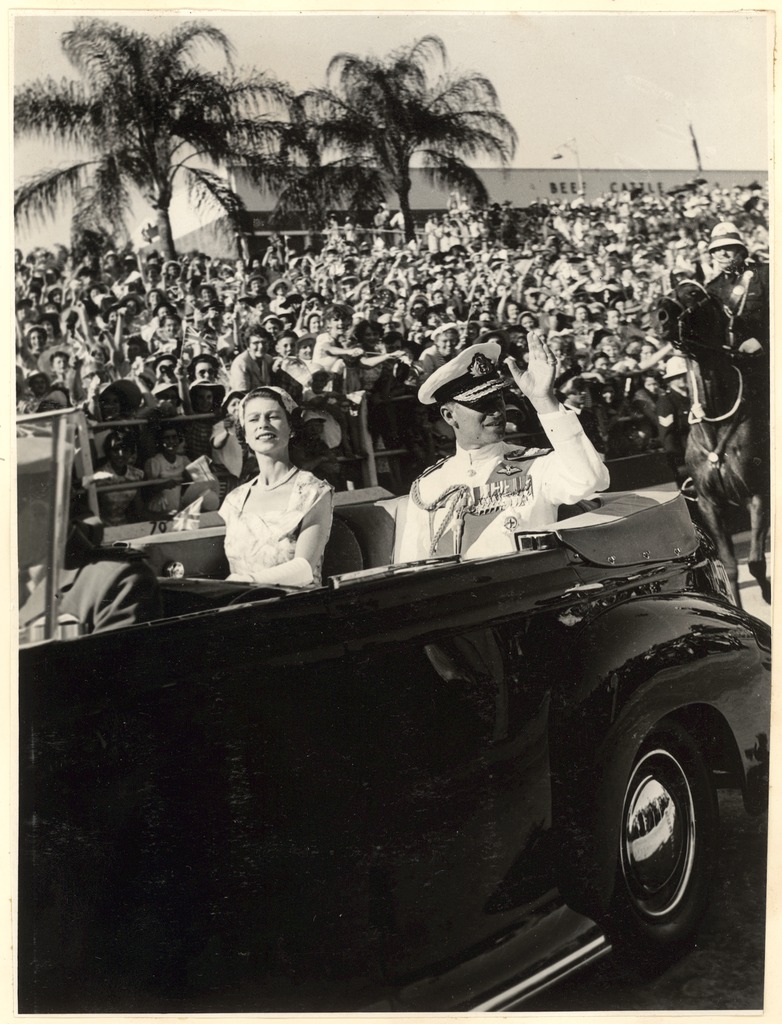 Try to find the date or year when this image was made.
Thanks for contributing!
Title devised by cataloguer based on information from acquisition documentation.; This album was maintained and compiled by P.M. Hamilton.; Also available in an electronic version via the Internet at: nla.gov.au/nla.pic-vn3662184-s59; Album donated by P.M. Hamilton's daughter, Mrs. Nola Sharp, 2006. Photograph showing Her Majesty Queen Elizabeth the Second and His Royal Highness The Duke of Edinburgh being driven in an open top car. The Duke of Edinburgh is waving to the crowd. During this visit to Australia she unveiled the newly completed Australian American Memorial in a ceremony in Canberra on 16 February 1954.