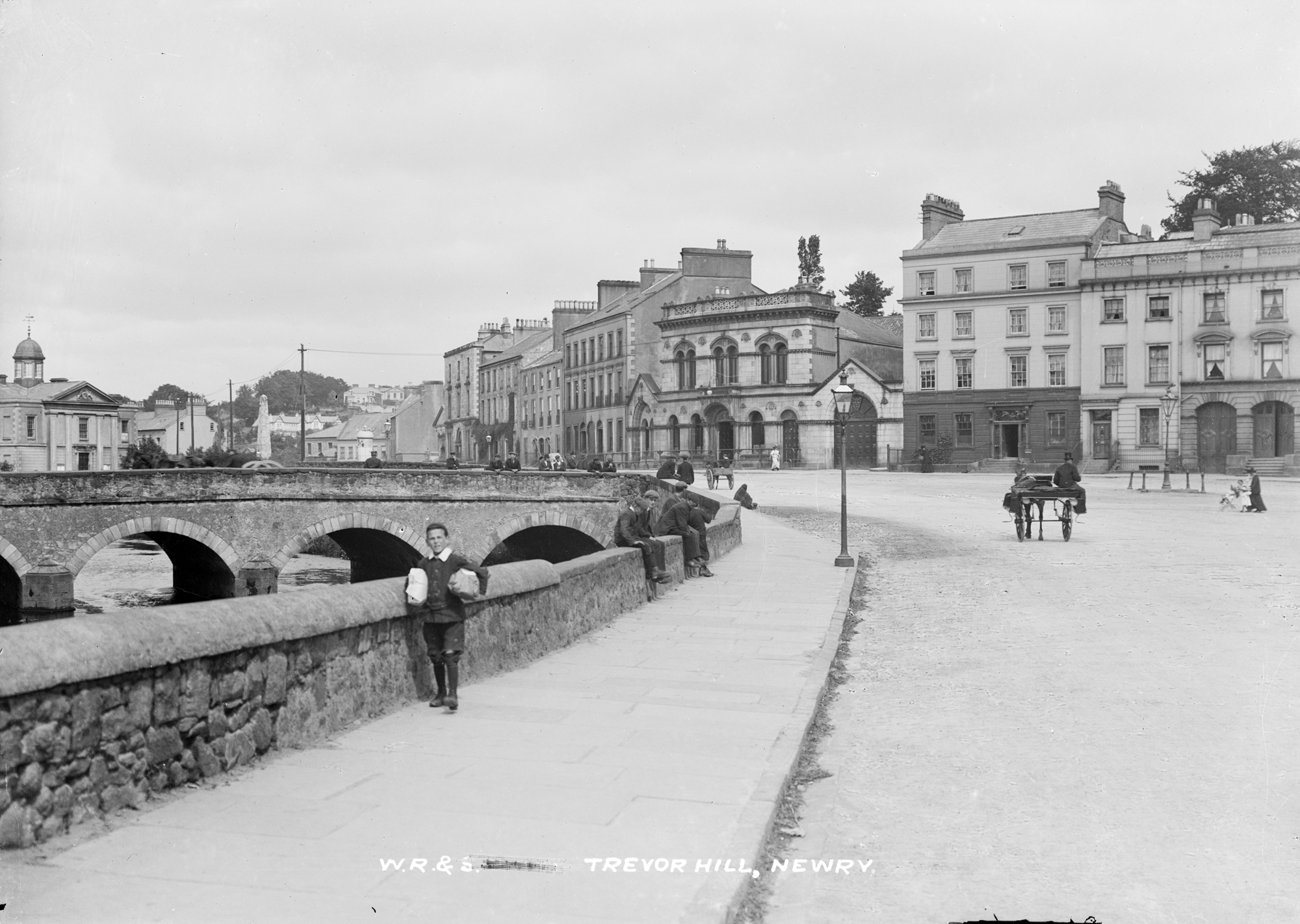 Try to find the date or year when this image was made.
Thanks for contributing!
Lots of men chatting around the bridge here, but the boy in the foreground is fully occupied either delivering those parcels, or he has been sent to collect them. Think that's the River Clanrye flowing under the bridge...

Here's the current and relatively unchanged Street View, thanks to mogey.

The monument noted above by beachcomberaustralia is for Isaac Corry, 1753-1813, M.P. and Irish Chancellor of the Exchequer (who was born and died on the same day, 15th May). See comment below for a riot in Newry provoked by Corry's Window Tax...