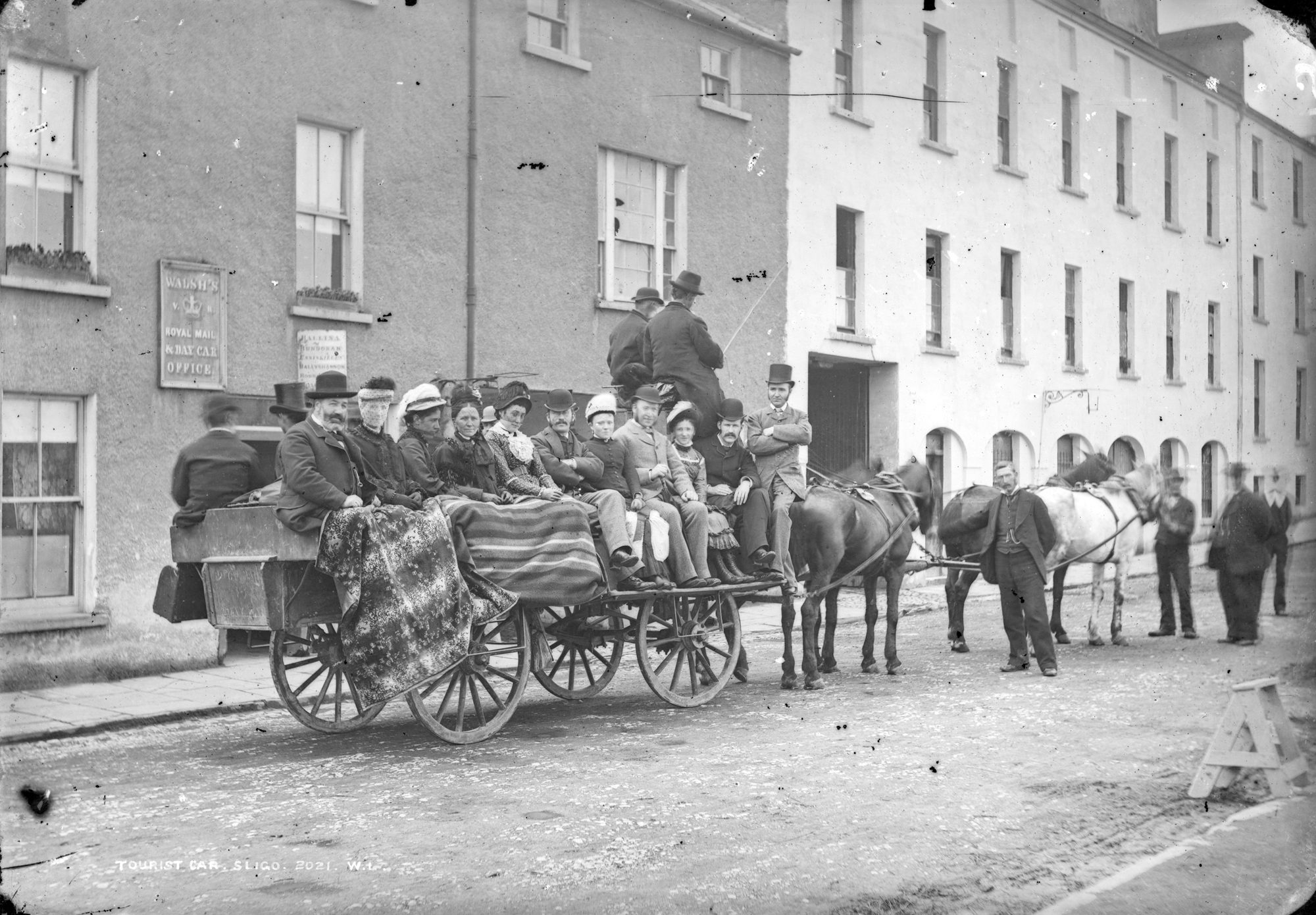 Try to find the date or year when this image was made.
Thanks for contributing!
Not even room for a little 'un on this packed day car in Sligo town. Destinations advertised outside Walsh's were Ballina, Bundoran, Enniskillen, Ballyshannon and Roscommon.

Thanks to John Spooner, we now know this photo was taken on Corcoran's Mall in Sligo and he found great info on Walsh's schedules from Slater's 1870 directory for Sligo:
"To BALLINA, from Corcoran's Mall, a Mail Car, every morning at fifty-five minutes past six, and a Van at halfpast two afternoon.
To BALLYSHANNON, from Corcoran's Mall, a Mail Car, every morning at six; also a Day Car at twenty minutes past two afternoon, during summer months only.
To ENNISKILLEN, Cars leave WALSH'S Office, Corcoran's Mall, every day (Sunday excepted) at seven in the morning." See comments below for how John worked out that the trip from Sligo to Ballyshannon worked out at an average of 6.75 mph!