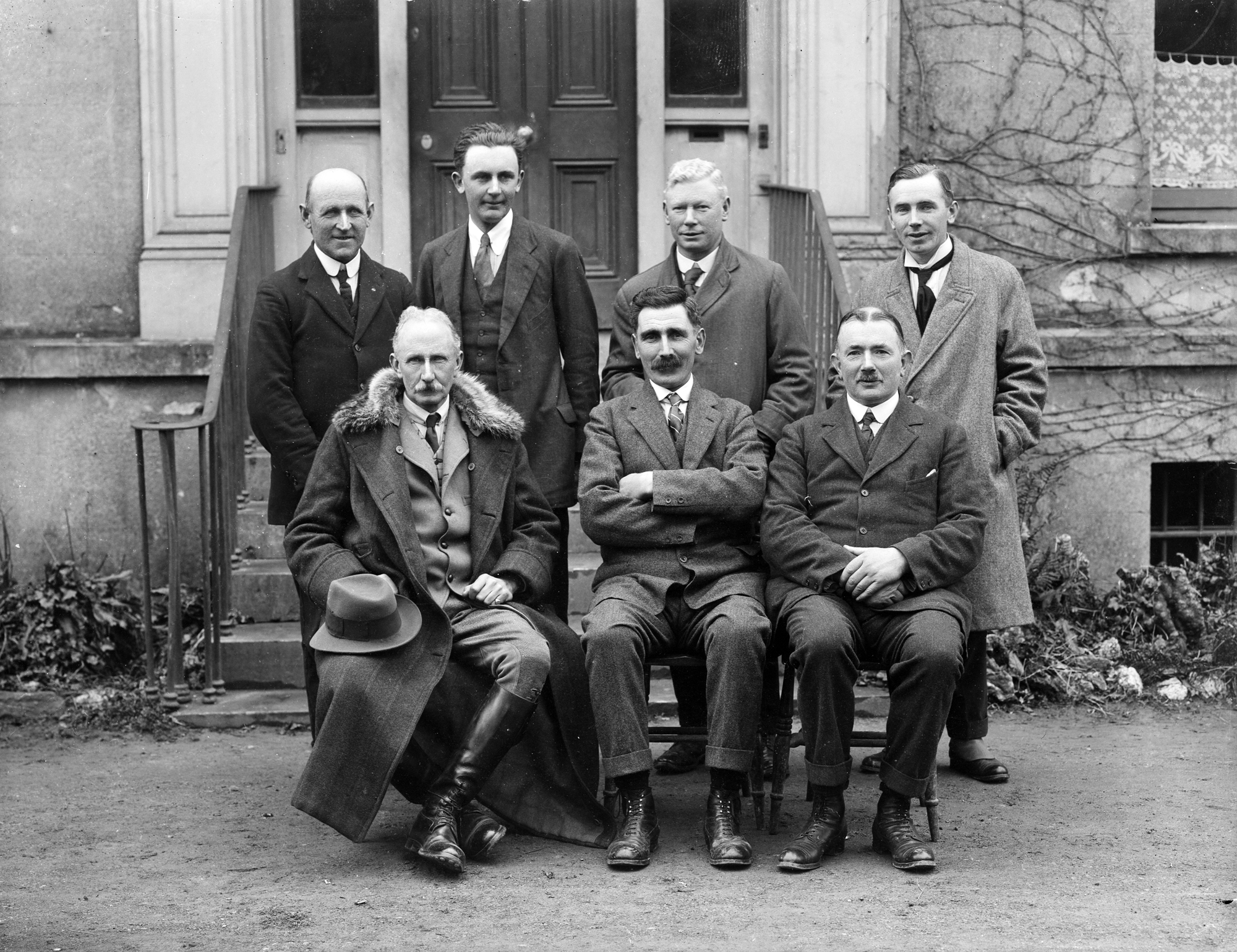 Try to find the date or year when this image was made.
Thanks for contributing!
This are the owners and some of the staff of Messrs O'Gorman. We thought that these gentlemen had something to do with a garage (Automobile Engineers) on Parnell Street, Waterford, and that they may also have had a factory in Clonmel... Didn't take long for you guys to set us right (see fantastic comments below). Thanks one and all for the location and business info you dug up on the O'Gormans.

I reckon the three gentlemen in the front row are the O'Gorman Brothers. What think ye?

Thanks very much to Desktop 123 for the following fantastic information:
"This Photo was taken in front of 'Prior Park' house in Clonmel. It was his family house (right next to the Coach building factory). Prior Park house was demolished and a small group of houses built in its place (Prior Park estate). J.F. O'Gorman's son and daughter still live in the area."

blackpoolbeach provided us with this map showing Prior Park House.

Fantastic information in from Desktop 123 who identified J.L. O'Brien (sitting, front right); and William O'Keeffe (standing, 2nd from right); and Jack F. Croome (standing, 1st at left) and who also told us:
"The man on the front row with the impressive coat and boots, is renowned Major-General R.O. Kellett, C.B., C.M.G. He was a First Brigadier of 23rd Battalion Royal Fusiliers and was in action during the First World War in France. His son was a British MP, but sadly died in action during the 2nd World War."

Also according to Desktop 123, who went well above the call of duty on this photograph, the last two gentlemen not yet certainly identified are either William Fitzgerald, Edmond D.Ryan, or Patrick Stokes (directors of O'Gorman's).