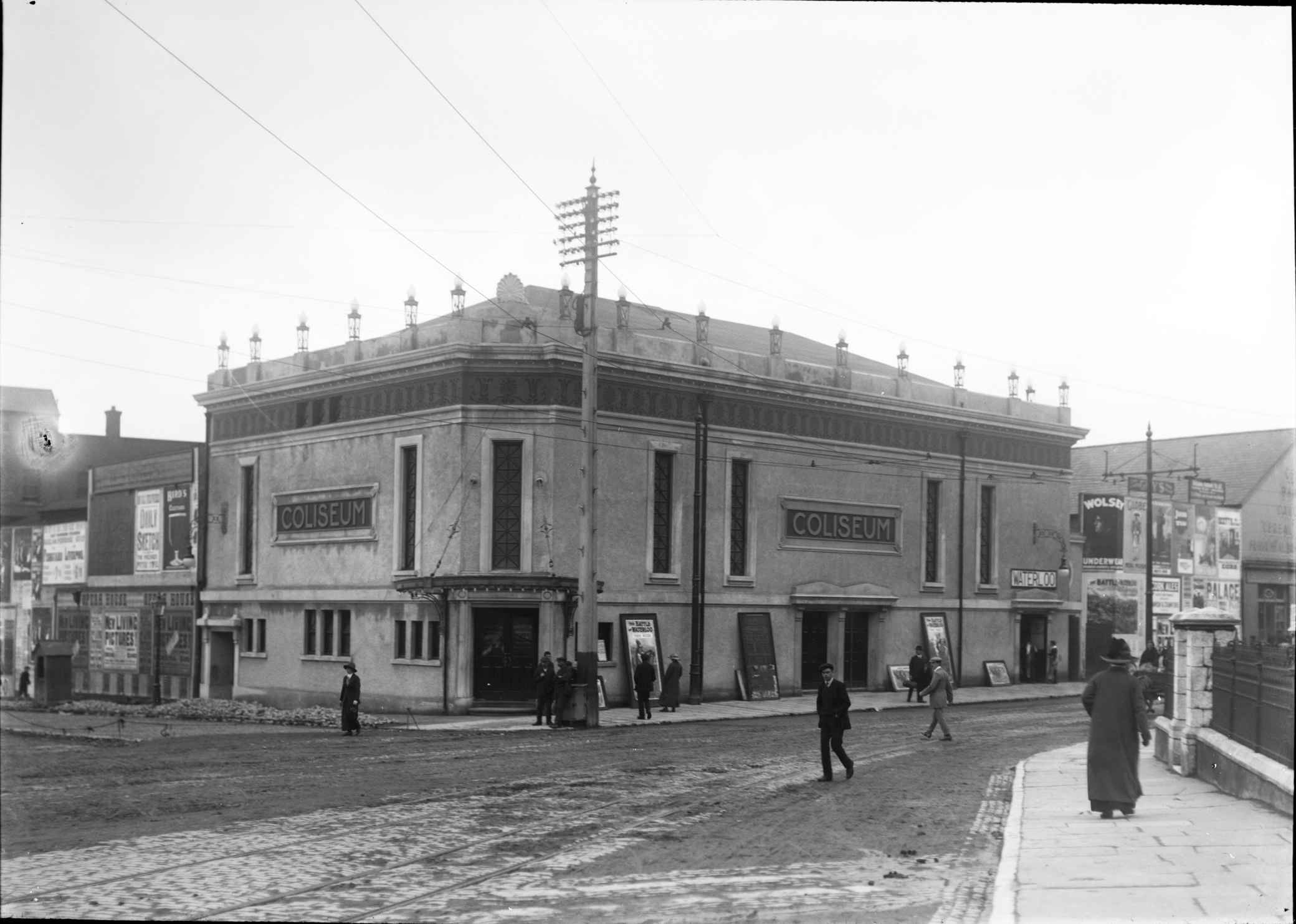 Try to find the date or year when this image was made.
Thanks for contributing!
This photo of the Coliseum Theatre includes an unlikely ad for Wolsey Underwear complete with an image of Cardinal Wolsey?!

Our catalogue mistakenly gave Dublin as the location for this photo, but it didn't take long for our Flickr detectives to establish that this Coliseum Theatre was actually on King Street, now MacCurtain Street, in Cork City (see the comments below).

Thanks to guliolopez for the following information:
"The Coliseum was built in 1913 (so photo most likely 1914 or 1915 as indicated). It was designed for Southern Coliseums Ltd by architects H and A Hill of Cork - in collaboration with Mssrs Delany (Cork city engineer) and Houston (of Belfast) It was built by O'Connell & Company of Great George's St.

It operated as a cinema until the late 70s or early 80s. But (along with the next door sorting office on Brian Boru street) was in a bad state of repair - and both closed around the same time. The sorting office and the Coliseum buildings were redeveloped as the "leisureplex" (bowling/etc) in the late 80s. The complex is still known as the Coliseum locally. (Despite fact that "Coliseum" signage was removed)."

Corkonean told us:
"I remember the Coliseum well. At this junction the Echo boys stood in the middle of the road and you had to have your penny ready to get your copy of the Echo and not hold up the flow of the traffic. You could get into the cinema for 4d. Further along MacCurtain Street was another cinema which was more popular."