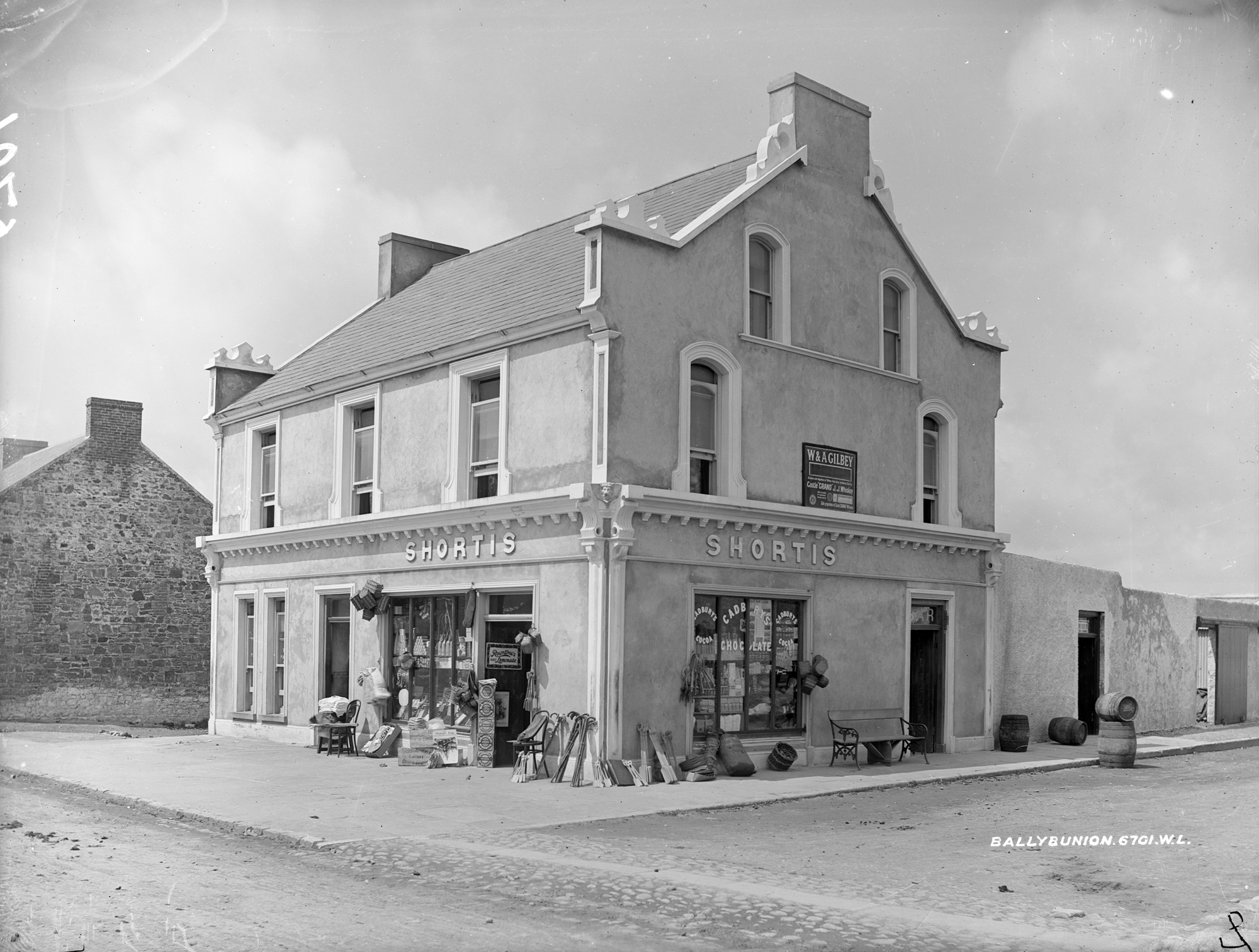 Try to find the date or year when this image was made.
Thanks for contributing!
Looks as if you could buy almost anything from this shop and bar in Ballybunion, Co. Kerry at the corner of Main Street and Cliff Road. It's a pub now.

Thanks to DannyM8 for doing some digging on the Shortis family in the 1901 and 1911 census.

This was the Shortis family in 1901, with father and mother William and Annie, both aged 32 and described as General Merchant and Publican and Wife of a Merchant respectively.

Matters took a sad turn for the Shortis family in 1905 however. DannyM8 reports:
"Annie Died in Childbirth 1905

DannyM8 also found out that Patrick Shortis, aged 8 in 1901, was at All Hallows, Drumcondra, Dublin in 1911 aged 18, and described as a Student of Theology Undergraduate (aka a priest in training?), and provides a follow-up to Patrick Shortis's story:
"Patrick Shortis and Daniel Scanlon both lost their lives in the fight for independence and were honoured by the North Kerry branch of Republican Sinn Fein.
Patrick Shortis fought at the GPO in 1916 and was killed with the O'Rahilly on an assault on the Rotunda while Daniel Scanlon lost his life in Ballybunion in 1917 while on active duty against occupied forces."

stephen Kelleghan added further Shortis family information:
"There was also a Dr. Liam Shortis from Ballybunion was in Tintown during the Civil war as a Republican prisoner, hes mentioned in Mossie Harnetts book called "Victory & Woe" page 156, he was a brother of Patrick Shortis, he was released in 1924 became a eye specialist and passed away in the 50s."

Really delighted that slimdandy was inspired to apply his artistic skills to this photo. He said:
"This is what Heaven is to me. A dry goods store (because I can't take anything with me when I go), with a Bar in the back and a nice room upstairs. All needs met."