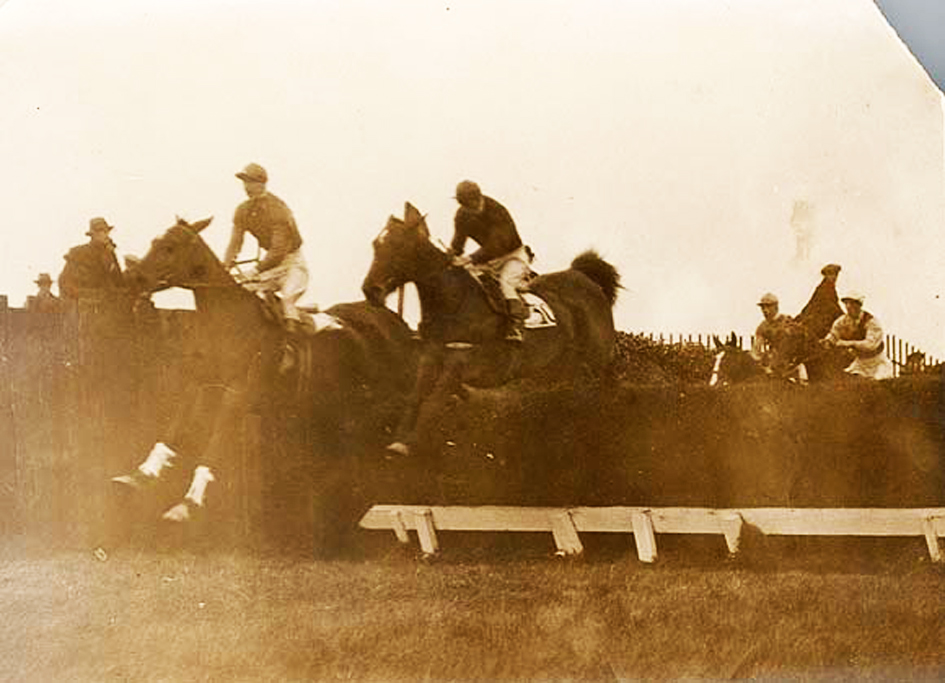 Try to find the date or year when this image was made.
Thanks for contributing!
This shot was taken at the Steeplechase for the Metropolitan Plate at Baldoyle Racecourse.

Apologies for poor photographic quality of this one, but thought it was good as an early action shot…

The Metropolitan Plate carried a purse of 500 sovereigns; second won 70 sovereigns and third won 25. It was a handicap steeplechase over 2½ miles, and the race started at 3.35 p.m.

Can anyone help with where this racecourse used to be, so that I can add it to our Flickr map?