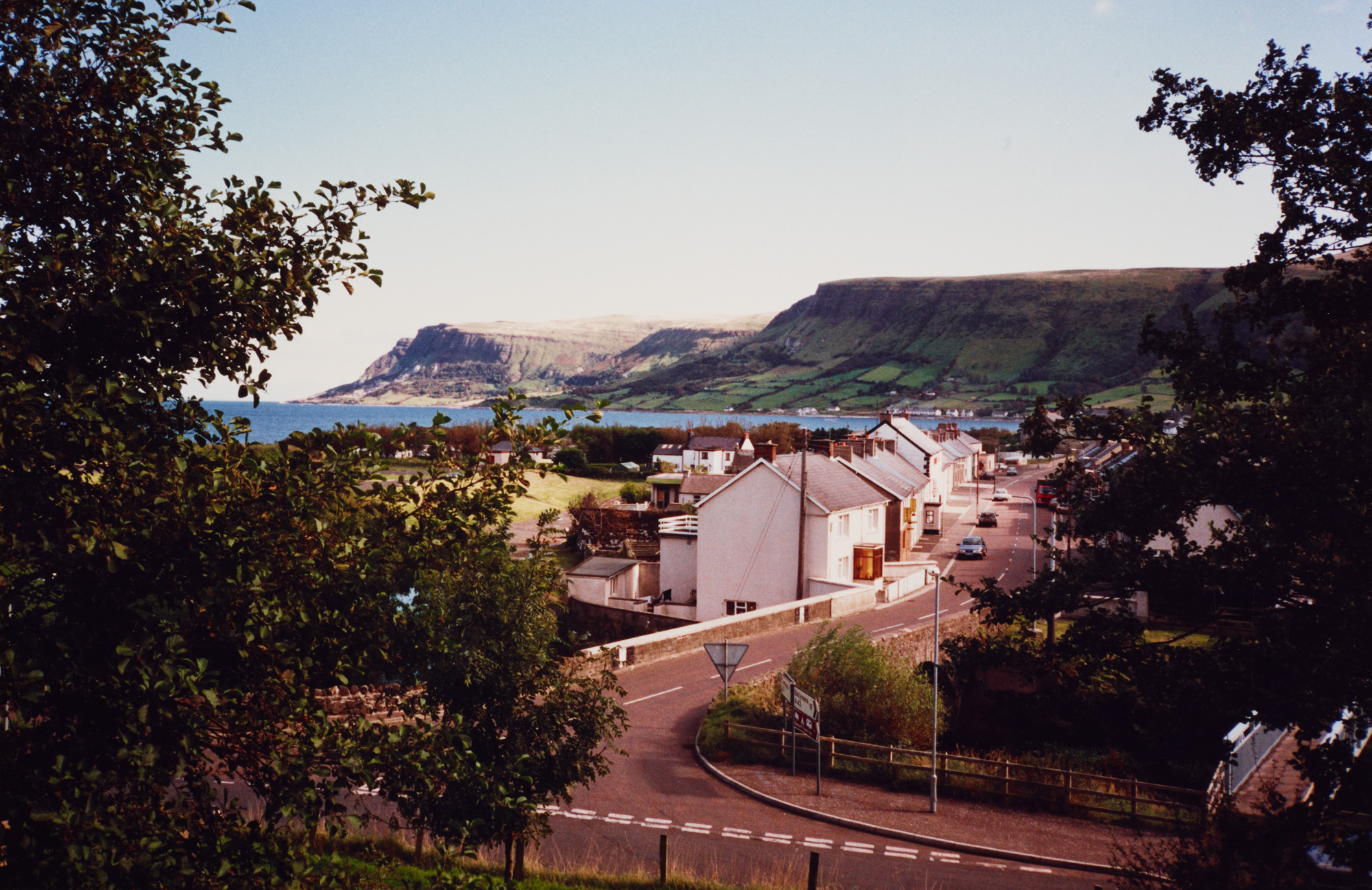 Try to find the date or year when this image was made.
Thanks for contributing!
Taken by photographer, Cahal Dallat, who reported "Trees have grown up the face of the hill from which this photo was taken. This has made it difficult if not impossible to take the same view."

This photo was taken as part of the Lawrence Photographic Project 1990/1991, where one thousand photographs from the Lawrence Collection in the National Library of Ireland were replicated a hundred years later by a team of volunteer photographers, thereby creating a record of the changing face of the selected locations all over Ireland.

Our thanks to beachcomberaustralia for an image of Waterfoot produced using Google Earth.