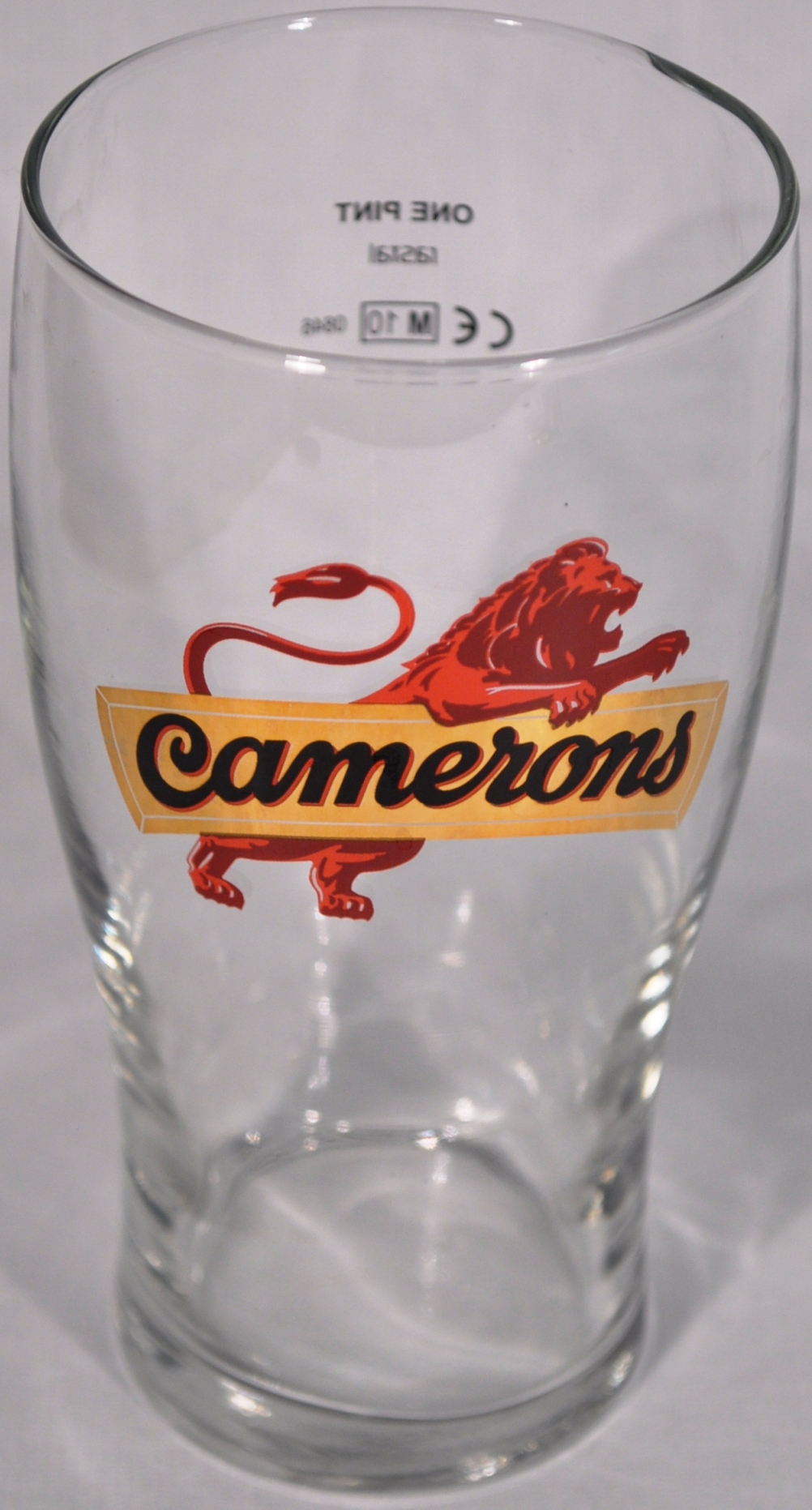 Try to find the date or year when this image was made.
Thanks for contributing!
This is a Camerons Brewery Pint Glass. The Cameron's have been establshed in the Lion Brewery since 1865. Camerons Brewery Limited was formed in 2002 and the site is now a 500,000 barrel capacity production site brewing cask, keg and bottled ales and lagers.

“Carry On Collecting” is a project set up by the Museum of Hartlepool to collect objects which represent everyday life in the town and beyond, from the 1950s through to the present day. The collection also attempts to represent the diversity of the people of Hartlepool over the past 60 years