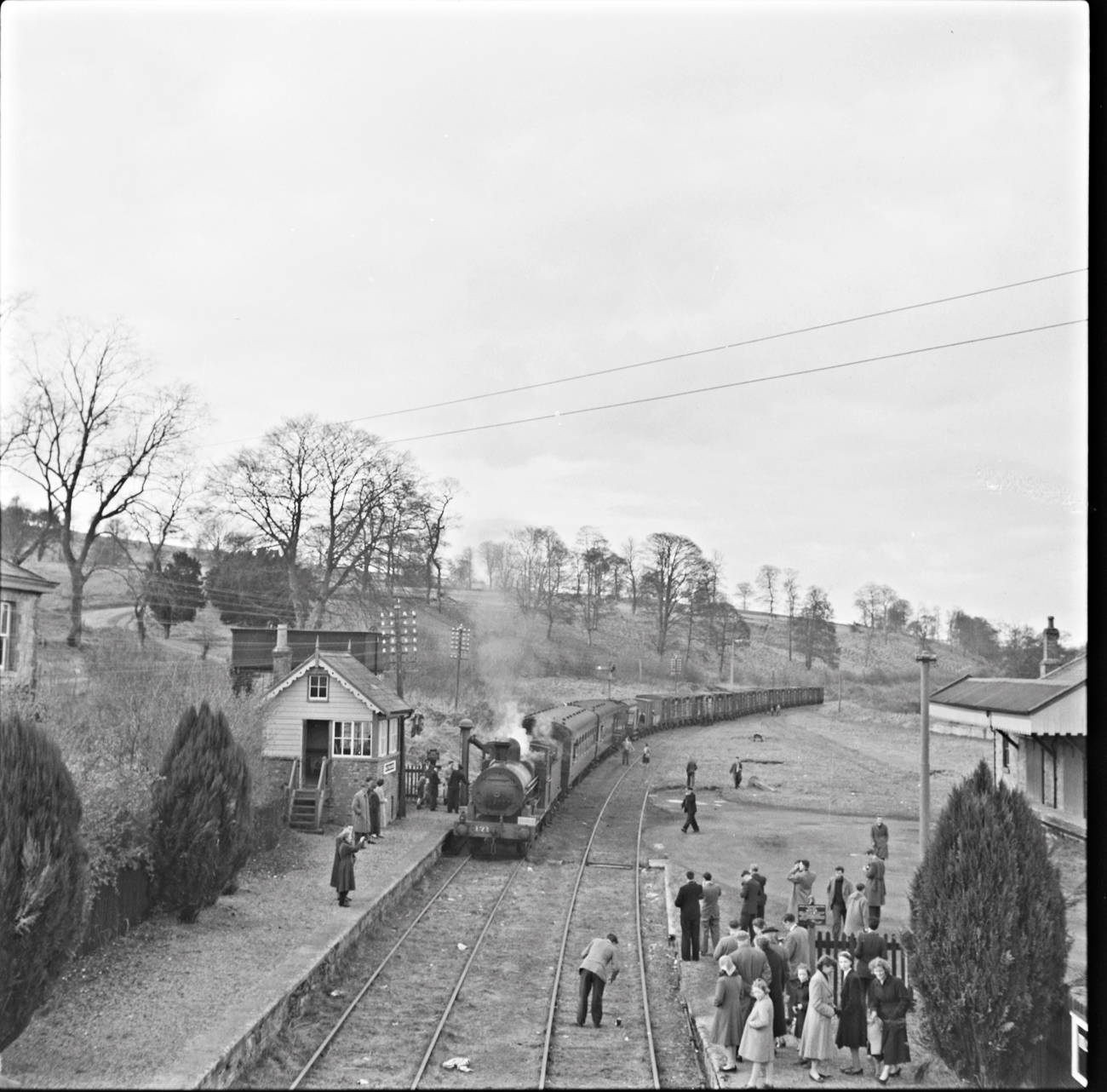 Try to find the date or year when this image was made.
Thanks for contributing!
An Irish Railway Records Society special train excursion captured at Baltinglass, Co. Wicklow. Interesting to see some women in this photo, but maybe they were just locals who came out to see what all the fuss was about... We thought this station was closed for good soon after this photo was taken, and it's great to get confirmation of that from billh35 that "the station would close 6 days later on 21st March 1959".