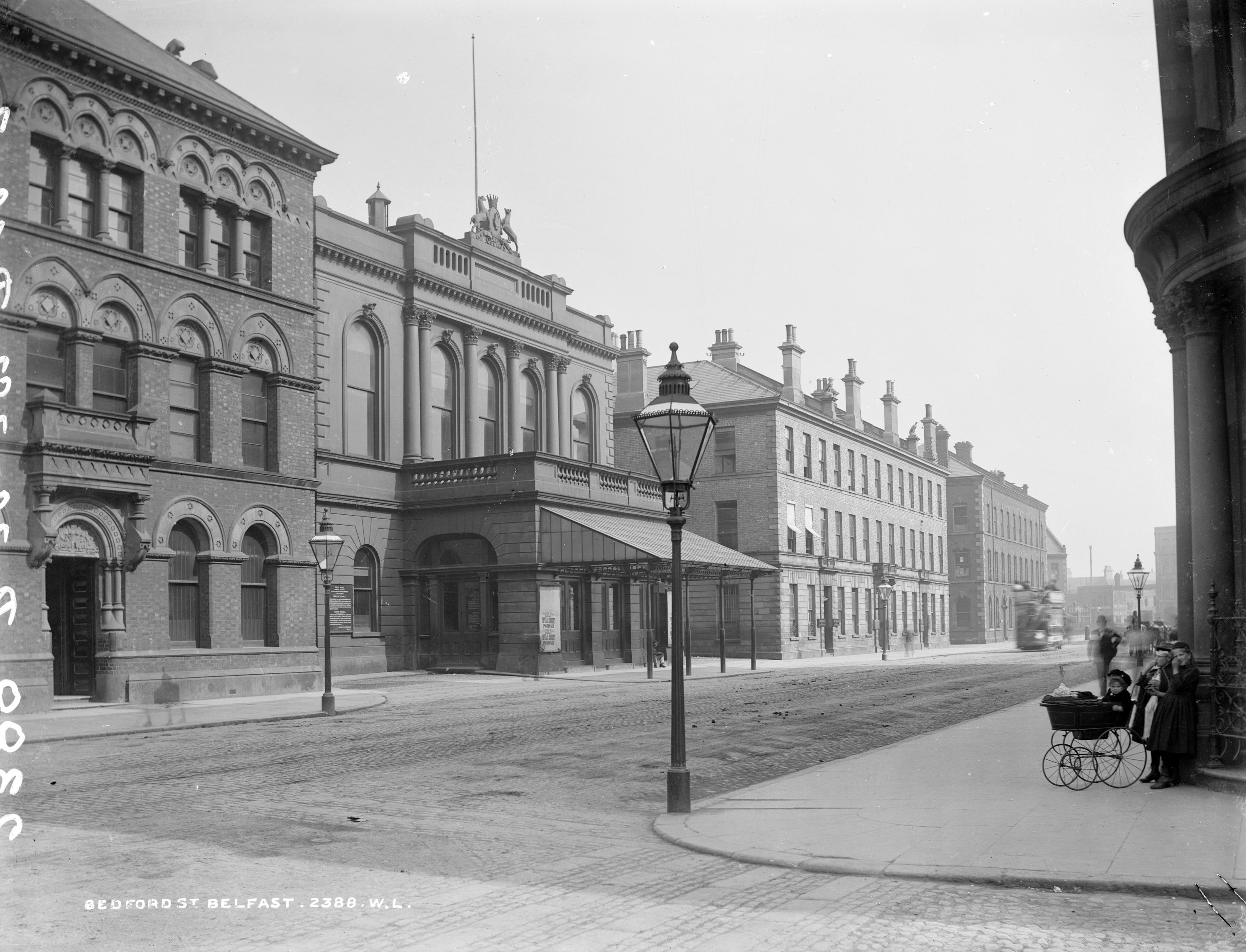 Try to find the date or year when this image was made.
Thanks for contributing!
Love this one for the gorgeous ghostly tram moving along Bedford Street in Belfast, and if that child conveying device at the right isn't a perambulator, I don't know what is...

The building on the left with the impressive canopy is actually the Ulster Hall, and the notice outside may make it slightly easier to date this one: "Monday. Popular Concert Postponed".

Fantastic building identification by Gerry Ward:
"What is amazing about this photograph (amazing by Belfast standards) is that all buildings shown are still extant! On the left is Bryson House (1865) by WJ Barre, a former linen warehouse, next is the Ulster Hall (1862) also by WJ Barre. The cast iron verandah was added by WH Lynn in 1882, but was removed following severe bomb damage in 1992. Further along is the Workman Warehouse (c1865). This building was badly damaged in a 1975 bomb blast, but was repaired and is now rendered. Then there is a warehouse (1870) which is triangular and has elevations on Clarence Street, Linenhall Street West and Bedford Street. On the right of the photo, where the children are standing, as Niall rightly identifies, is Ewart's Warehouse (1869) by James Hamilton."