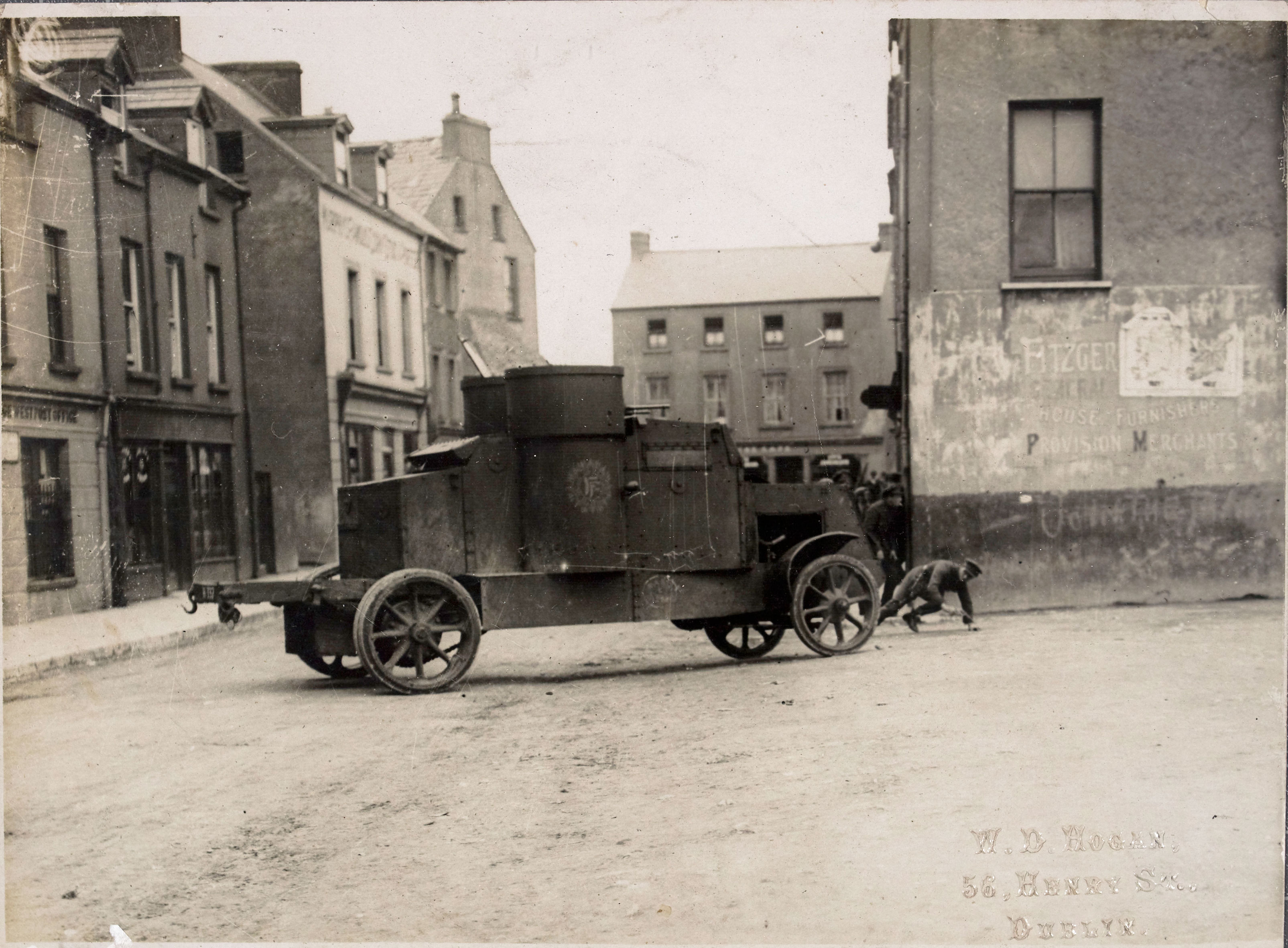 Try to find the date or year when this image was made.
Thanks for contributing!
Thanks to everyone for helping with this photo that started life in our catalogue with very sketchy information! All we knew was that it was an armoured car in Cork, ca. 1922, and that the photo was taken by W.D. Hogan....

We now know:
•It’s a Peerless Armoured Car, one of two that was used in the seaborne attack on Cork during the Irish Civil War in early August 1922
•There was a delay in taking the two armoured cars off the ship as the Peerless weighed 6 tons, and was too heavy for the crane. They had to wait till the tide was at a level where the deck of the ship was in line with the dock. The armoured car was then dragged off the ship
•The troops were National Army soldiers
•There is a restored Peerless armoured car in the Curragh Army Base
•The photo appeared in the Sunday Independent on 13 August 1922
•The photo was taken opposite the post office at the corners of Strand Street / Railway Street / Main Street in Passage West, Co. Cork
•The business with the gable wall here was owned by P.J. Fitzgerald who lived above the shop. Fitzgeralds was a boot & shoe warehouse / drapers / grocers / insurance agent / pawnbrokers / provision dealers

Can't quite make out the grafitti on the wall that urges Corkonians to "Join the ..." or the letters on the car's registration no. followed by either 137, 237, or 737?

This photo was uploaded at the request of vintary, one of our contacts who knew that he had information on the image. See all of the comments below for how the story behind the photo unfolded...

This photo appeared in the Sunday Independent on 13 August 1922, with the caption:
"A Dangerous Corner - This photograph was taken in one of the towns captured during the past week by the National Army. It shows an amoured car "manoeuvring for position" at the end of a street facing the post office. Irregulars occupy the further end of the street, and are being quickly dislodged by infantry supported by the armoured car."