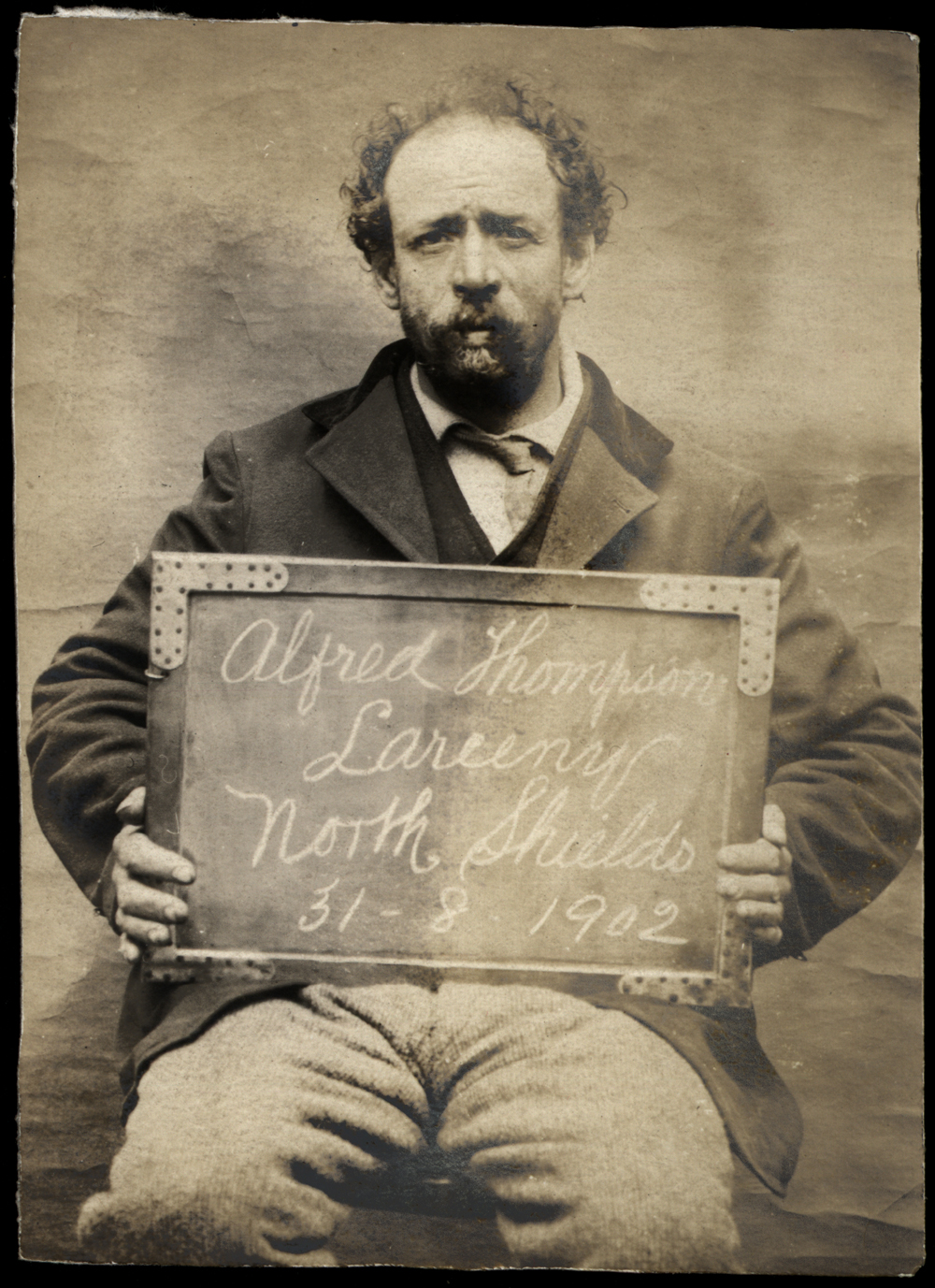 Try to find the date or year when this image was made.
Thanks for contributing!
Name: Alfred Thompson
Arrested for: Larceny
Arrested at: North Shields Police Station
Arrested on; 31st August 1902
Tyne and Wear Archives ref: DX1388-1-5-Alfred Thompson

Copyright) We're happy for you to share this digital image within the spirit of The Commons. Please cite 'Tyne & Wear Archives & Museums' when reusing. Certain restrictions on high quality reproductions and commercial use of the original physical version apply though; if you're unsure please email [email protected]