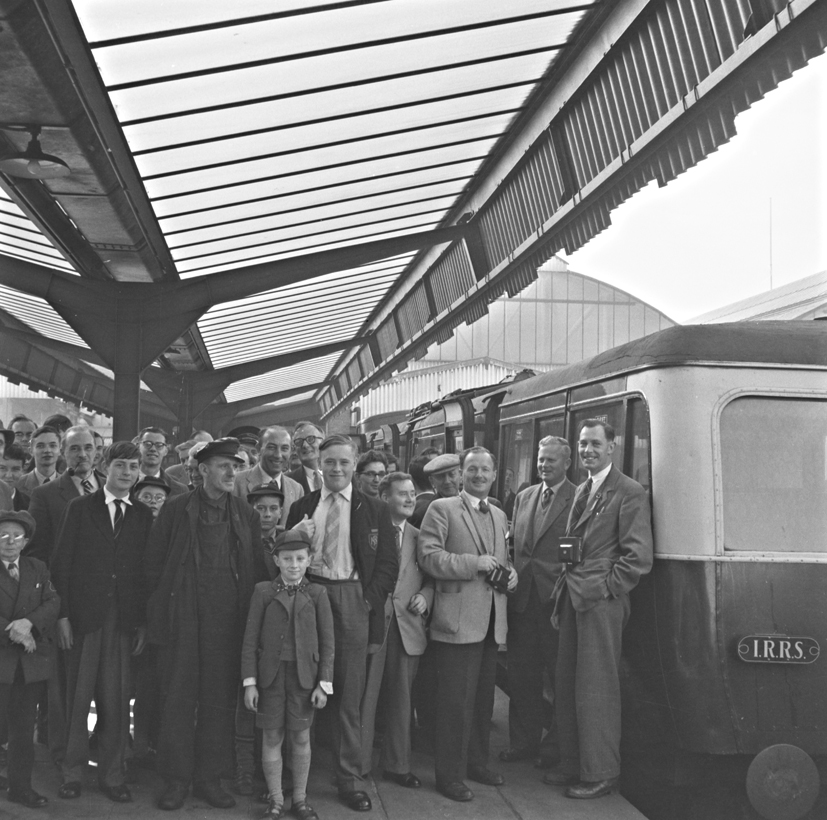 Try to find the date or year when this image was made.
Thanks for contributing!
Members of the Irish Railway Record Society at York Road Station, Belfast. The I.R.R.S. was formed just 13 years before this photo was taken.

Believe that the new(ish) Yorkgate station was built on this site. if anyone could confirm that, it'd be great (or if you have any information on York Road station as it was at the time this photo was taken, it'd be very welcome too). Anybody able to identify people in the photo will go straight to the top of the class! Doesn't look as if the I.R.R.S. was inundated with female members at this time...