The Fisherman aka Tadhg Devane 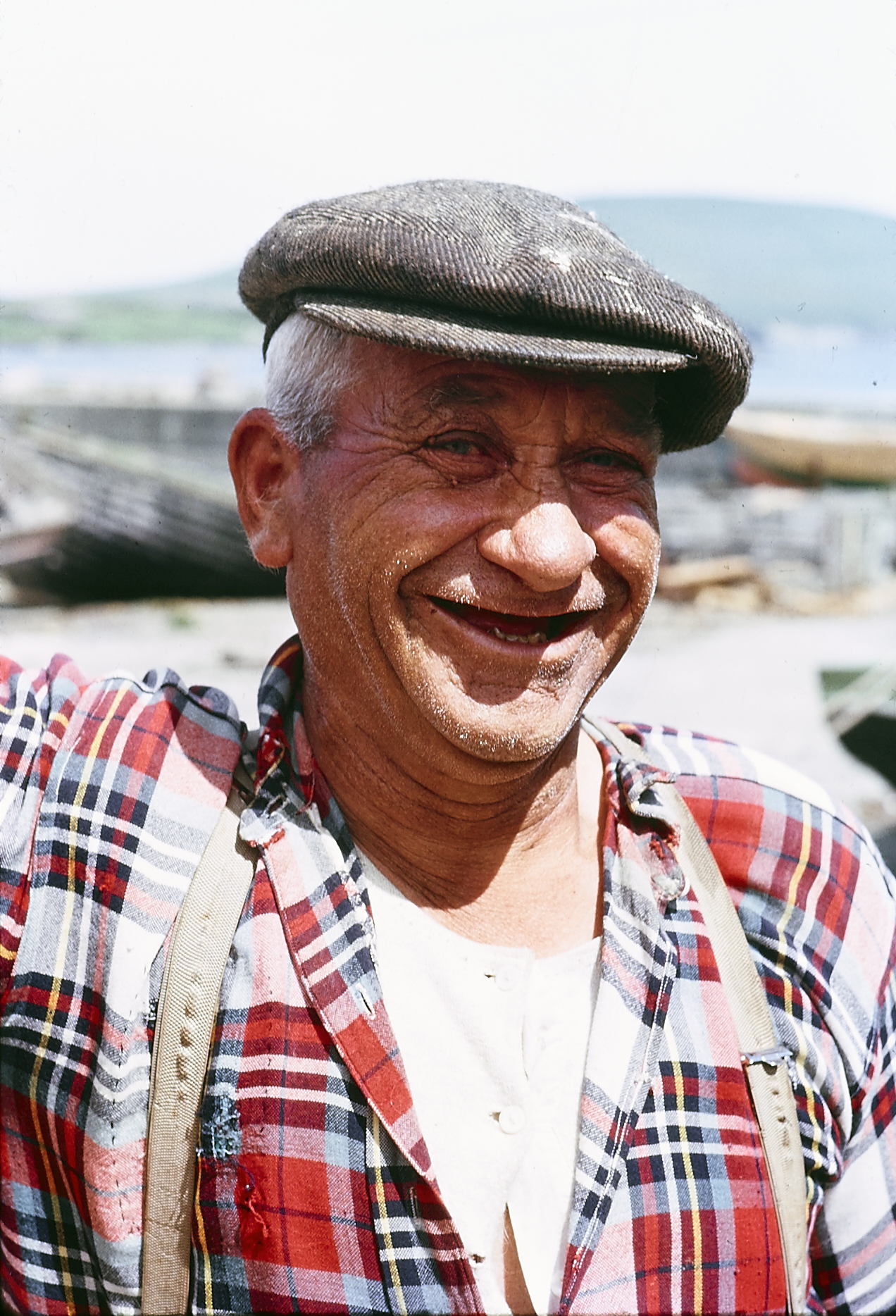 Try to find the date or year when this image was made.
Thanks for contributing!
A moment of pure merriment captured in Portmagee, Kerry.

All of us here at the National Library would like to thank Mossy Carey, Gerard and staff of the Moorings Bar, and the wider community of Portmagee, Co. Kerry for their help in identifying our lovely fisherman. Thanks to their hard work, we now know that this is Tadhg Devane, who would have been around 58 at the time this photo was taken. Tadhg died in 1968, aged 63.

As Mossy reports: "He was a fisherman, boat-builder and, as read on his face by so many Flickr enthusiasts, a great character. The Devanes, like the tribe of Dan, abode in boats and came originally to Portmagee from Dingle. His daughter, Mary, and family and his niece, Helen, still live in Portmagee."