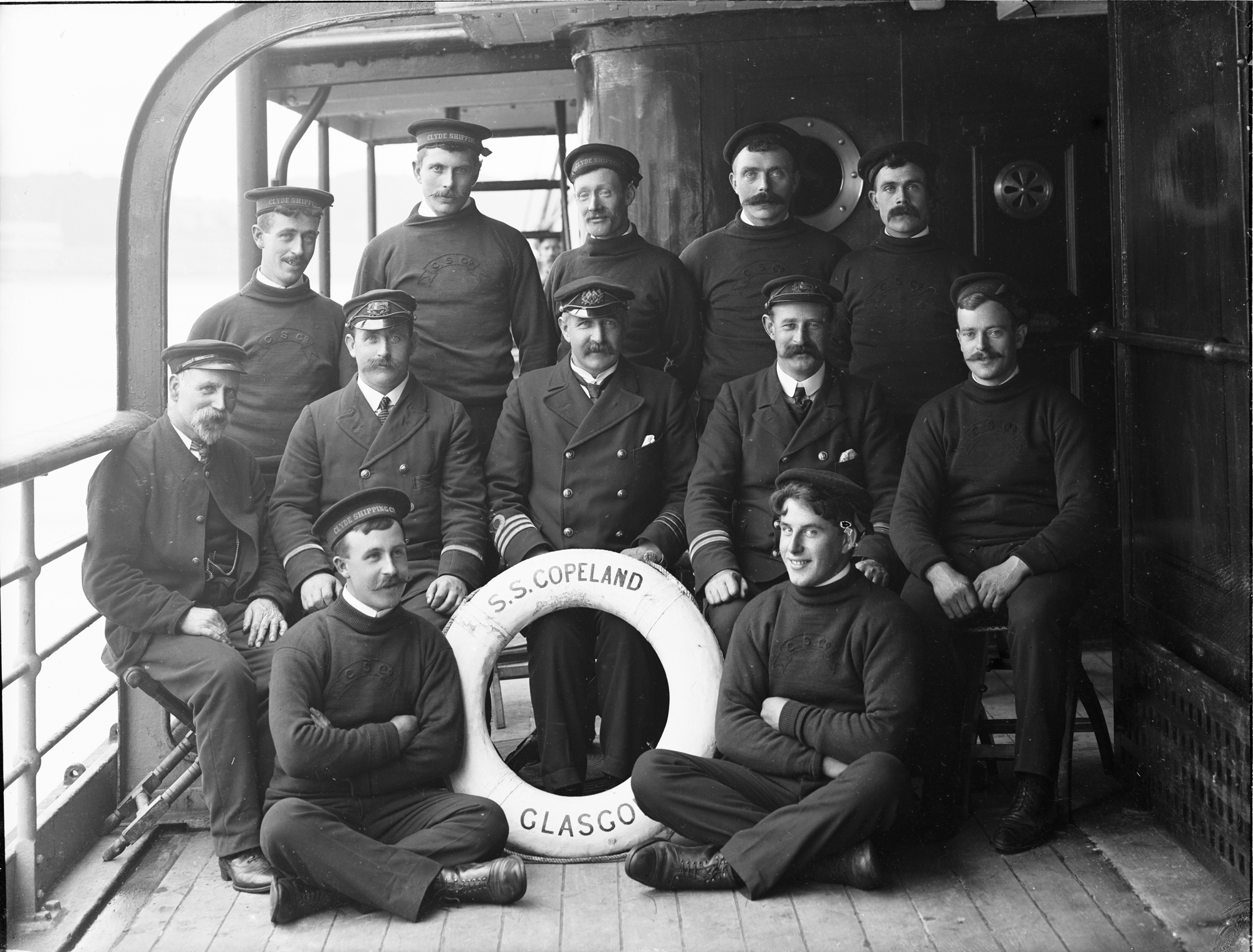 Try to find the date or year when this image was made.
Thanks for contributing!
Previously uploaded an image taken on the SS Copeland, 18 June 1910, but couldn't resist this photo of the SS Copeland crew, taken just over a month later. An impressive array of moustaches are in evidence, but my personal favourite is the chap, front right, with "divilment" in his smile.

While sailing from Glasgow to Cork on 2 December 1917, this ship was torpedoed and sank off Tuskar Rock with the loss of 12 crew.