Men on board a vessel at Algeciras, Spain 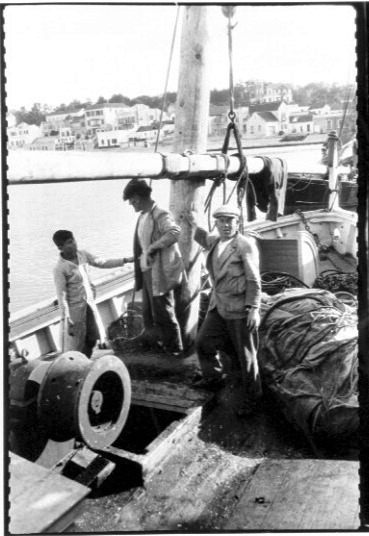