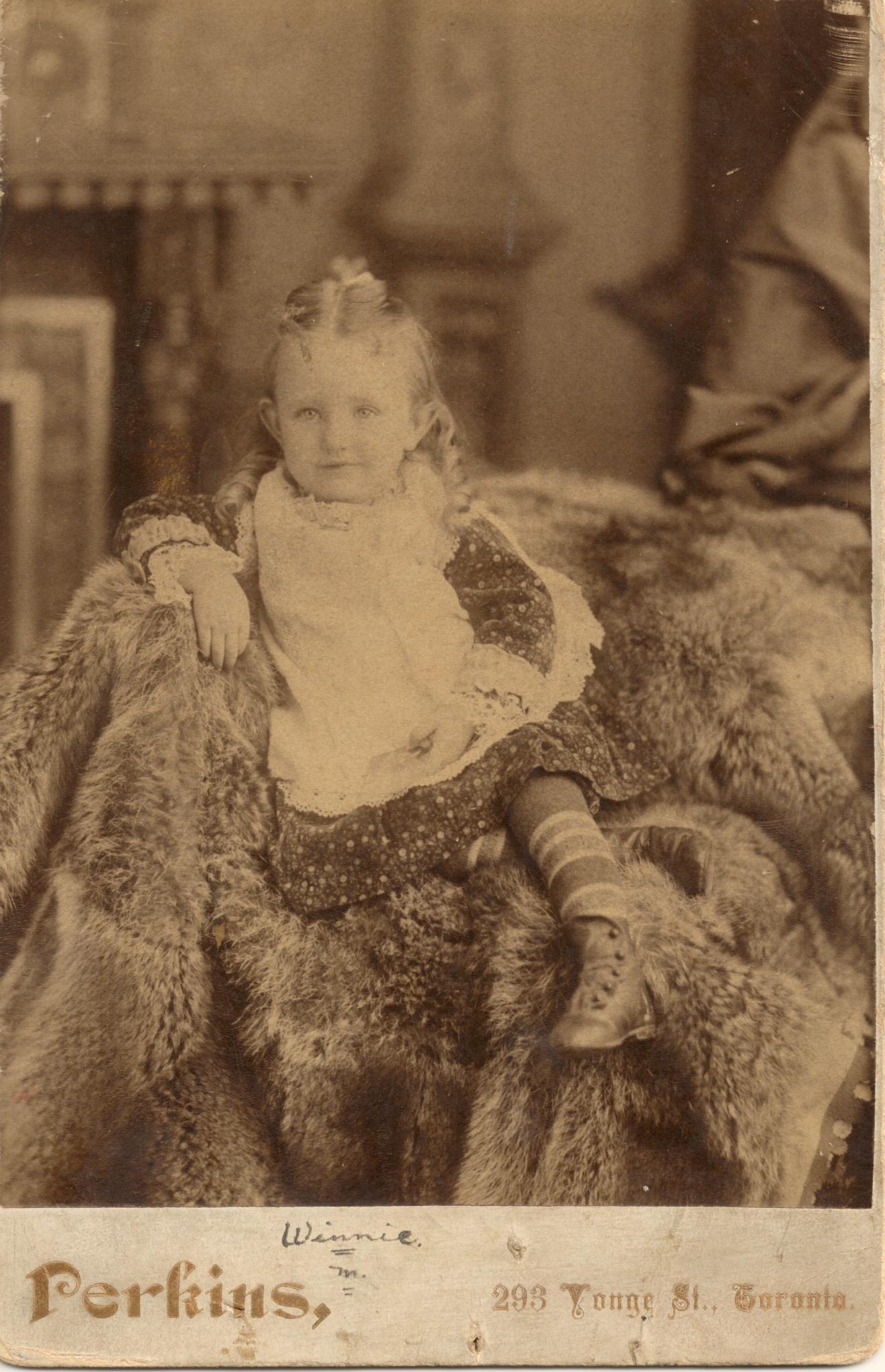 Try to find the date or year when this image was made.
Thanks for contributing!
Photograph of Winnifred Moore, born April 8,1879 in Napanee, Ontario. Her father was William Samuel Moore, a baker. The family later moved to Deseronto and Winnifred married Bismarck L. Detlor on October 2, 1901. The photograph was taken at Perkins' studio, 293 Yonge Street, Toronto.