View of the deck of yacht SIRIUS 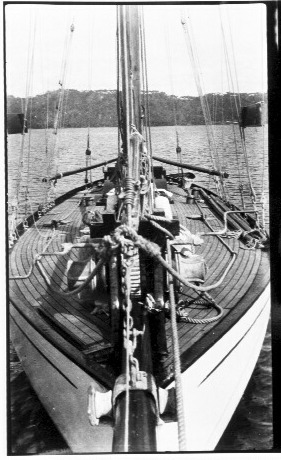