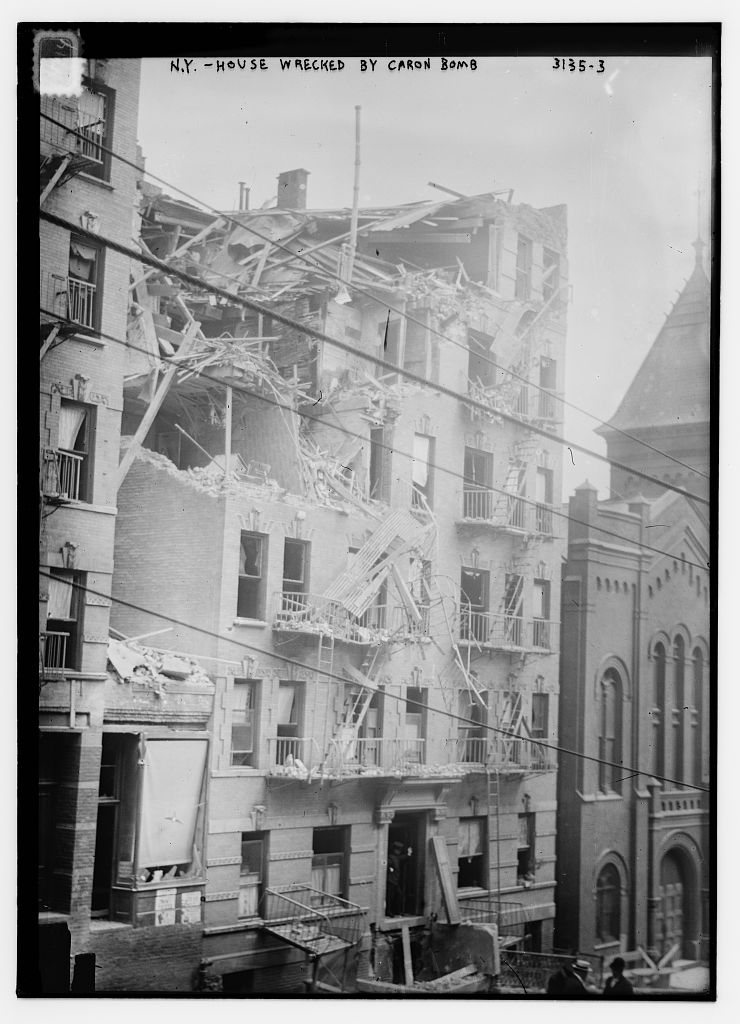 Notes:
Title from data provided by the Bain News Service on the negative.
Photograph shows the destruction caused by a bomb at 1626 Lexington Avenue, New York City, which killed four people and injured many others. Anarchist conspirators were making the bomb which they intended to put at John D. Rockefeller's home in Tarrytown, New York. (Source: Flickr Commons project, 2011)
Forms part of: George Grantham Bain Collection (Library of Congress).