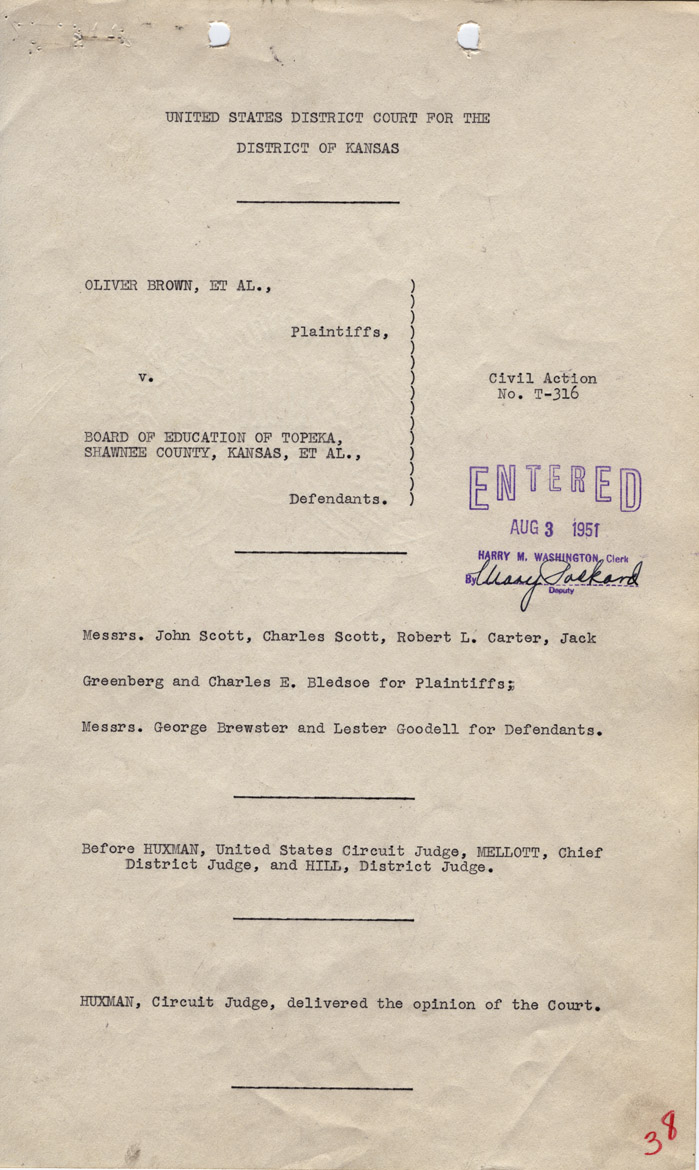 Try to find the date or year when this image was made.
Thanks for contributing!
Title: Opinion in Brown v. Board of Education of Topeka, 08/31/1951

Brown v. Board of Education, Implementation Decree; May 31, 1955; Records of the Supreme Court of the United States; Record Group 267; National Archives.
In this milestone decision, the Supreme Court ruled that separating children in public schools on the basis of race was unconstitutional. It signaled the end of legalized racial segregation in the schools of the United States, overruling the "separate but equal" principle set forth in the 1896 Plessy v. Ferguson case.