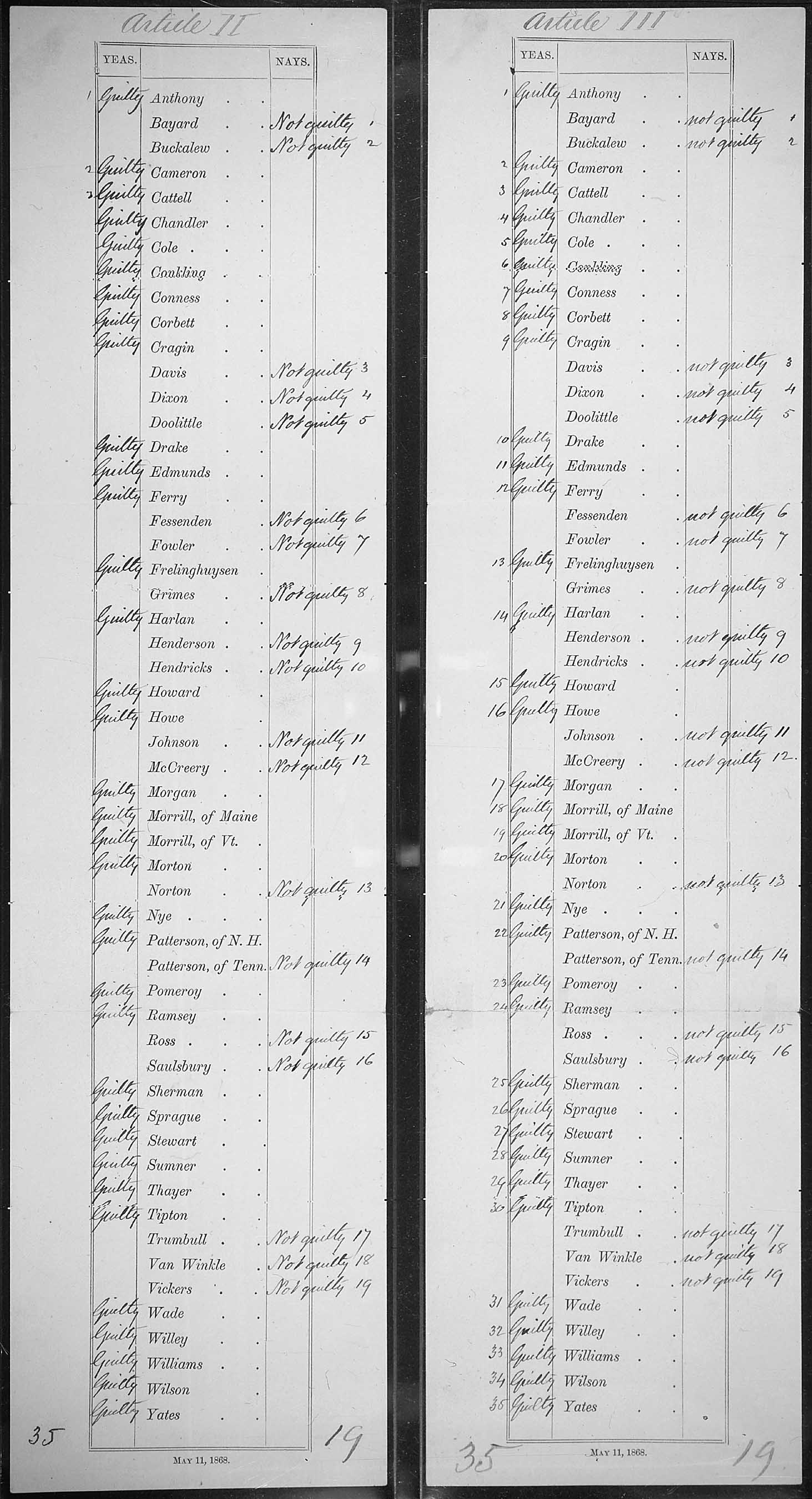 Try to find the date or year when this image was made.
Thanks for contributing!
Title: Roll call votes relating to the impeachment of President Andrew Johnson on Articles II, III, and XI., 05/26/1868

The first Senate vote in the impeachment of President Andrew Johnson was taken on May 16, 1868. Article XI was called the “omnibus article” because it combined all of the charges against the President. As a result of 19 voting “Not Guilty” and 35 voting “Guilty” the Senate fell 1 vote short of the two-thirds majority required for removal. After a 10-day recess, the Senate reconvened and voted on Articles II and III. In each case, the result was identical: Johnson was not guilty by a single vote. The Senate then voted to end the trial.