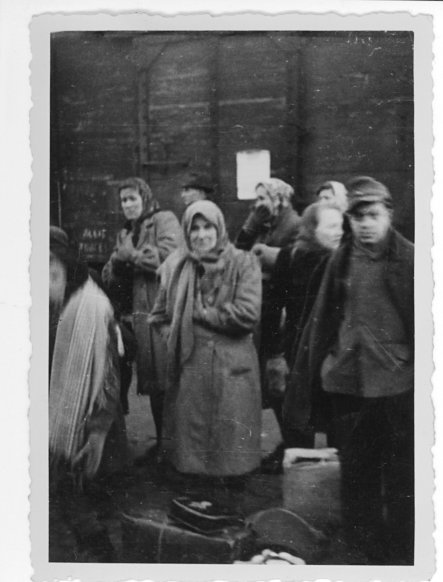 Try to find the date or year when this image was made.
Thanks for contributing!
Caption: Feb. 1, 1947. Some of the R. M. [Russian Mennonite] refugees standing beside the box cars that brought them to Bremerhaven. The notice on the car states in no uncertain terms that the train is not to be molested - anyone doing so will be shot; that was the language of the U. S. Military authorities, intended primarily for the Russians, through whose zone the train had to pass from the 'island' of Berlin.