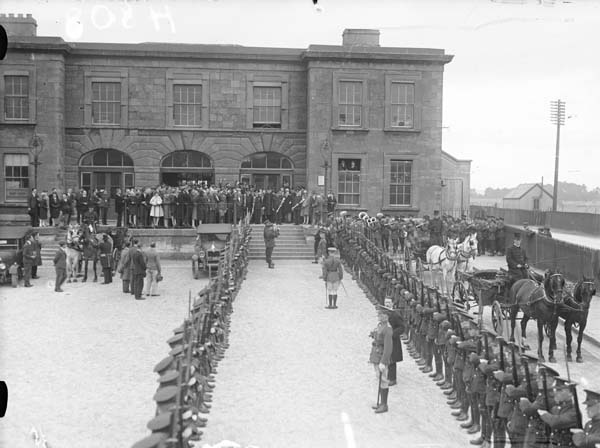 Try to find the date or year when this image was made.
Thanks for contributing!
The first east-west non-stop transatlantic flight, in April 1928, flew from Baldonnel, Ireland to Greenly Island, Canada, in a Junkers W 33 monoplane, the "Bremen". The crew of the Bremen were Capt. Herman Köhl, Col. James Fitzmaurice and Baron Gunther Von Hünefeld. This photograph shows the crew of the Bremen received with a guard of honour at Limerick Railway Station.

For more photographs in this collection see National Library of Ireland catalogue: catalogue.nli.ie/