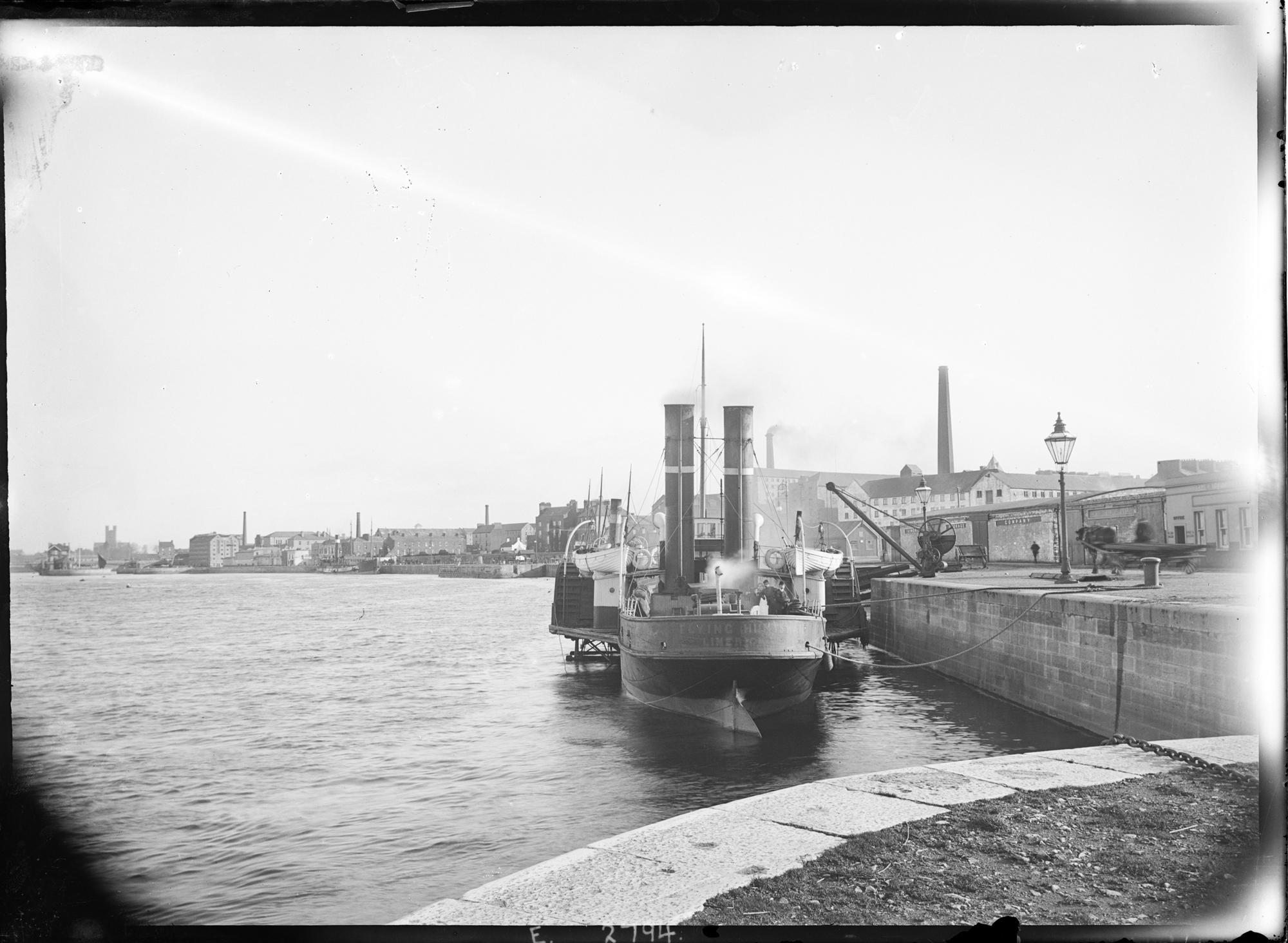 Try to find the date or year when this image was made.
Thanks for contributing!
Lovely Limerick skyline with a paddle steamer, the Flying Huntsman, in the foreground.

This photo was originally uploaded well over a year ago, but unbelievably has never attracted any comments! Hoping that by "recycling" it today, we can find out more about it...

P.S. This photo has been chosen as his favourite NLI Flickr Commons photo by swordscookie, and he's written and sent in a paragraph about it by Flickr Mail which will appear on our NLI Blog. This is for our celebration of the 5th anniversary of the Flickr Commons next Wednesday 16th.

I've had a lot of responses, and here's the first NLI blog post, with a second one on Tuesday hopefully. If any of you would still like to get involved, just Flickr Mail me the title (and a link) of your favourite photo, and a paragraph telling why it's your favourite (by Monday 14th). Thanks to everyone who's contributed so far - a surprising and interesting range...