Ben Turner before taking off to make a parachute jump, Camden, Sydney, 1938 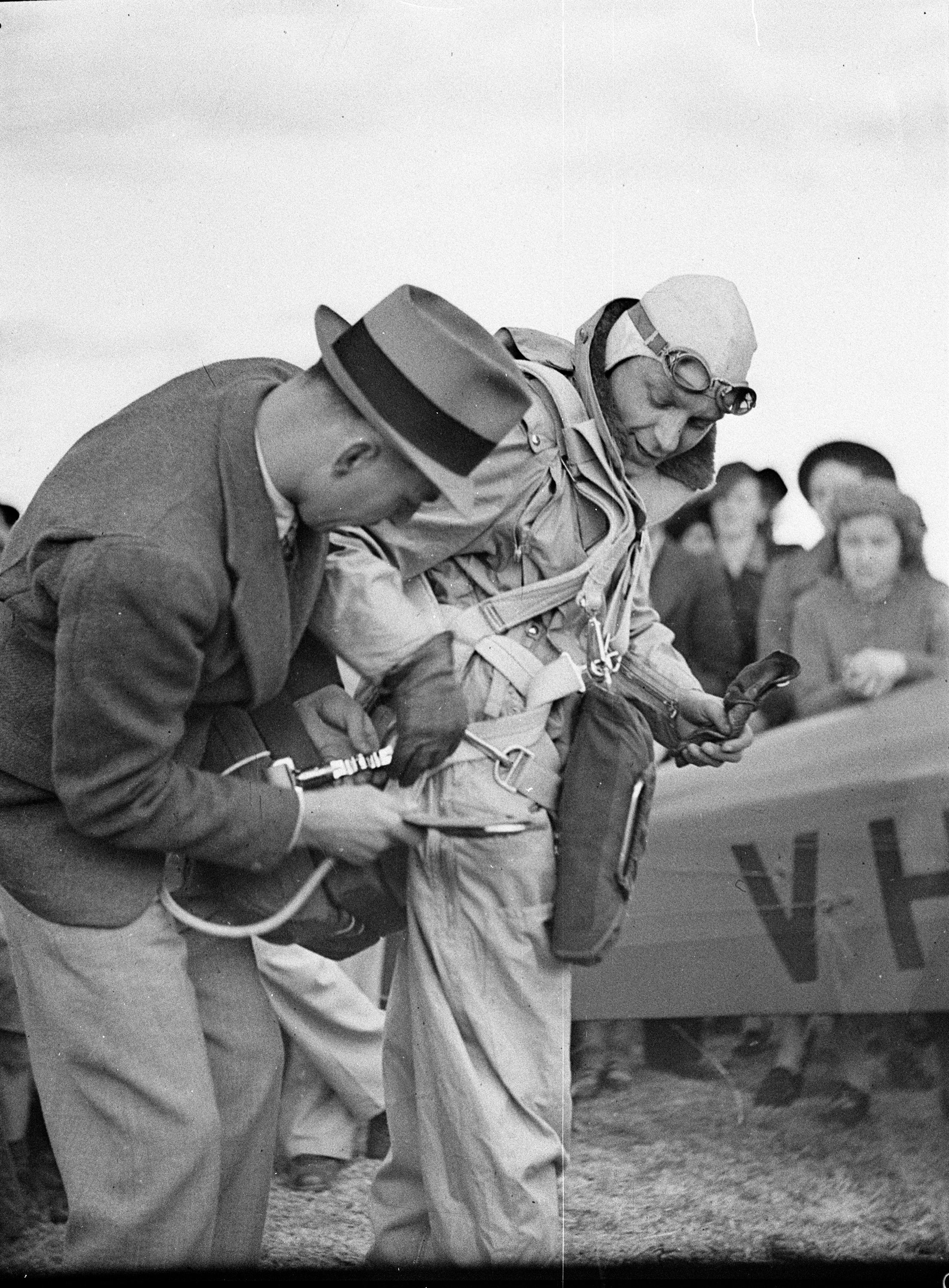 Try to find the date or year when this image was made.
Thanks for contributing!
Ben Turner before taking off to make a parachute jump from a plane at Camden, Sydney, 14 August, 1938, from original nitrate negative, State Library of New South Wales, NCY60/321 collection.sl.nsw.gov.au/record/n88D8bLn

Ben Turner was an English expert parachutist who tested and promoted the parachute around the world. IN 1938 he visited Australia where he made a jump from 7000 feet using a 'Benturn' parachute invented by Turner and manufactured in Sydney. ON the 26 November, 1938, Turner, with two others, made the first mass parachute jump in Australia at Macquarie Grove Aerodrome, Camden.