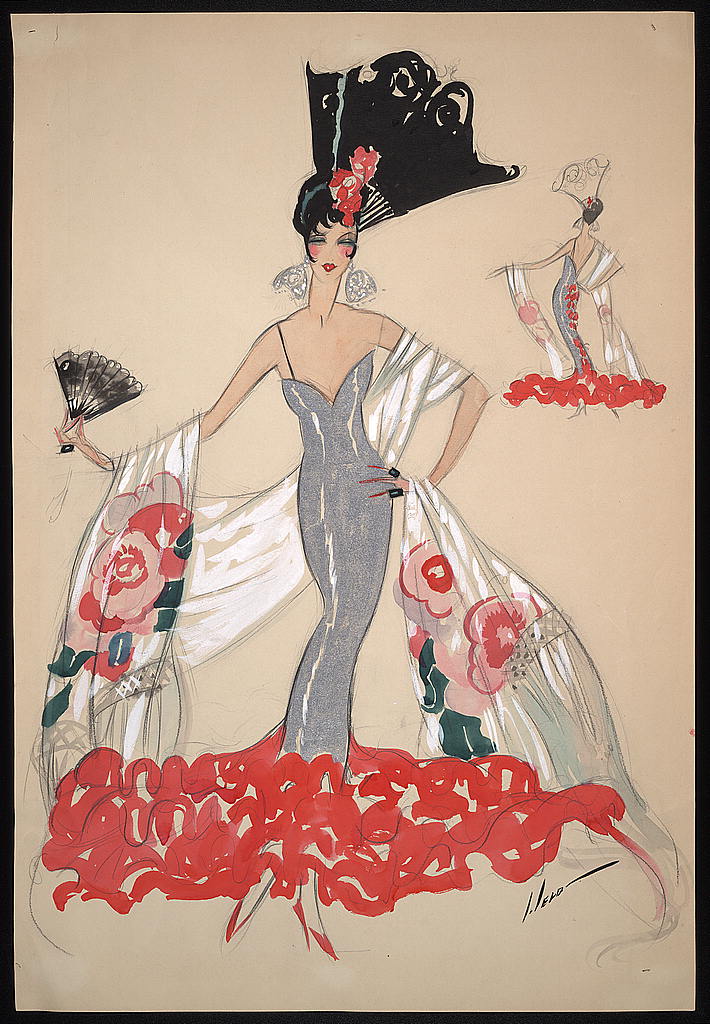 Notes:
Caption label from exhibit American Beauties: Fashion and glamour intertwine markedly in images of American beauties in the 1910s-1920s. Though John Held, Jr., is best remembered for his images of flappers rendered in a highly linear, dynamic manner, he reveals another aspect of his artistic persona in this example of his work. He depicts an exotic beauty in elegant evening dress in an unusually detailed, vividly colored drawing that also is a striking example of Art Deco style.
Restricted access: Materials in this collection are often extremely fragile; most originals cannot be served.
Illustration of full-length woman shows her in a silver dress facing front and back. She wears a large hat, flowing shawl, and holds a fan.
Purchase (Swann Memorial Fund); 1985; (DLC/PP-1985:085).
Forms part of: Cabinet of American illustration (Library of Congress).
Exhibited: American beauties: drawings from the golden age of illustration, Swann Gallery, Library of Congress, 2002.

Part Of: Cabinet of American illustration (Library of Congress) (DLC) 95849474