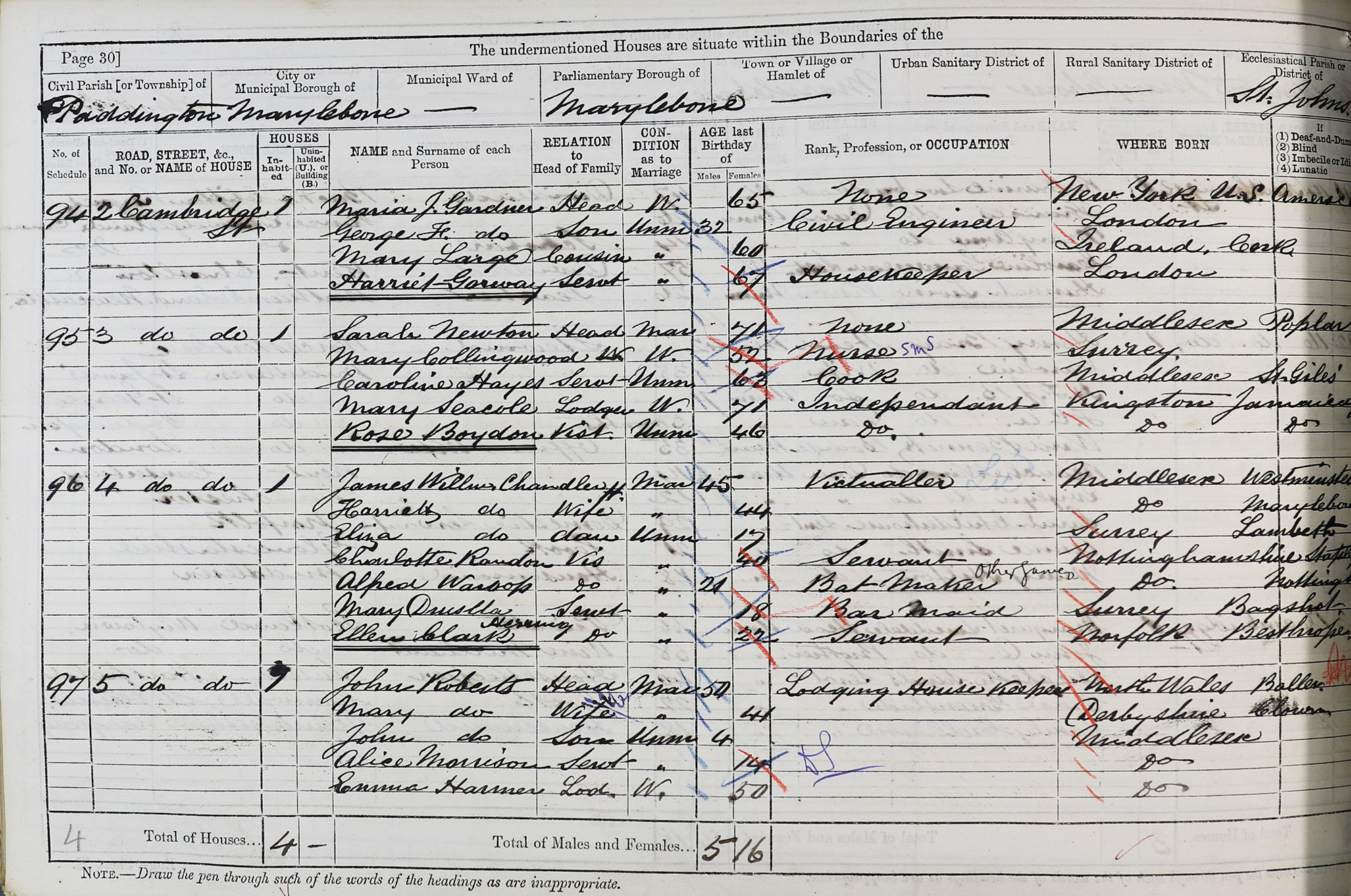 Try to find the date or year when this image was made.
Thanks for contributing!
Document: Mary Seacole's census return in 1881. Registration Sub-District 2B St John Paddington. Civil Parish, Township or Place: Paddington, 1881. Catalogue ref: RG 11/16

Description: Mary Seacole was a Jamaican-born nurse who worked tirelessly during the Crimean war nursing and caring for soldiers injured on the battlefields of the Crimean War (1853–6).

When the Crimean War broke out, Mary Seacole was determined to help. She was rejected by British authorities and Florence Nightingale in 1854 to nurse. Instead, she paid for her own passage to Crimea. She worked on the battle front giving out medicine and food and set up the 'British Hotel' with Thomas Day behind the frontline near Balaklava, where they cared for the wounded.

Until the 1970s, historians exclusively focused on the contribution of her contemporary, Florence Nightingale. However, recognition of Mary Seacole's nursing contributions have grown, and in 2016 a statue of her was unveiled at St Thomas’s Hospital.

Read a transcript of this document here: www.nationalarchives.gov.uk/education/resources/significa...