Nine Dean(s) NOT DEAN it's DENN 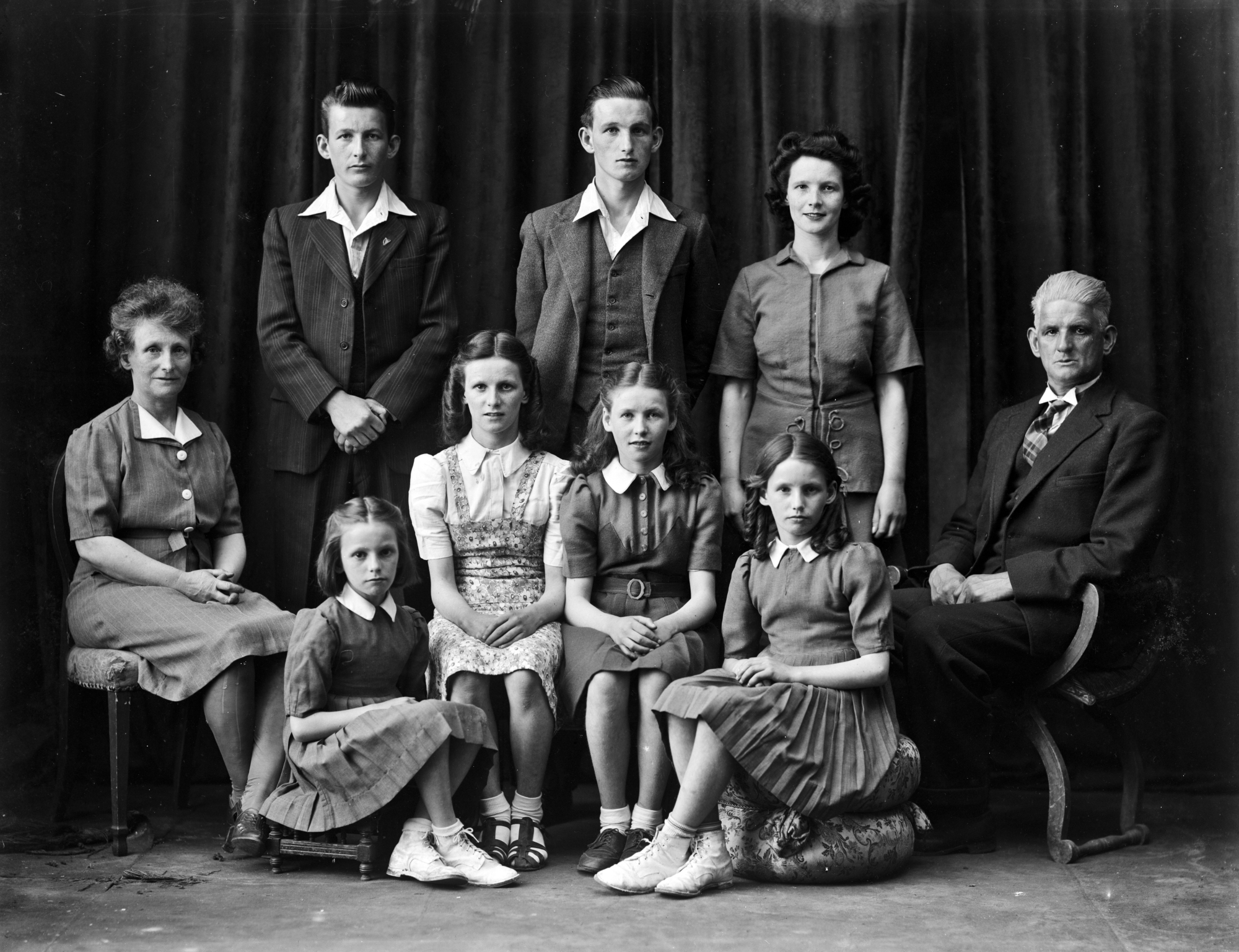 Try to find the date or year when this image was made.
Thanks for contributing!
My oh my but the Dean family from Waterside in Waterford scrubbed up well for the family portrait. They all look quite serious but comfortable in their own skin. Morning Mary is particularly taken by the Missus, she looks like the kind of woman who ran an efficient but loving household.

They are the Denn family not Dean. Photo was indeed 1946. My mother’s family. Grandad was actually the cook in St Otteran’s Hospital, and after retiring was Commissionaire in the Olympia Ballroom. My grandmother May Denn née Rolleston won the Championship of all Ireland in Irish Dancing in the August 1917 Oireachtas. Thomas Ashe played the pipes for her in his last public performance before his arrest and death on hunger strike. Éamon de Valera, fresh from election as MP for East Clare, presented Nanny with her gold medal. All nationalist Ireland’s leaders were there including these two surviving Commandants from 1916 Rising, of 5 Brigade and 3 Brigade Dublin. This photo was the last time all our family were together, the occasion being Bill top left in photo emigrating. Aunt Phyllis, bottom left, died July 1948 of leukaemia. That’s my mother Patricia in the white blouse, she became a computer operator in 1957 in America, later worked in admin in what is now the IEEE. This project is wonderful.