We are Recess(ing) again! to Finny, Co. Mayo 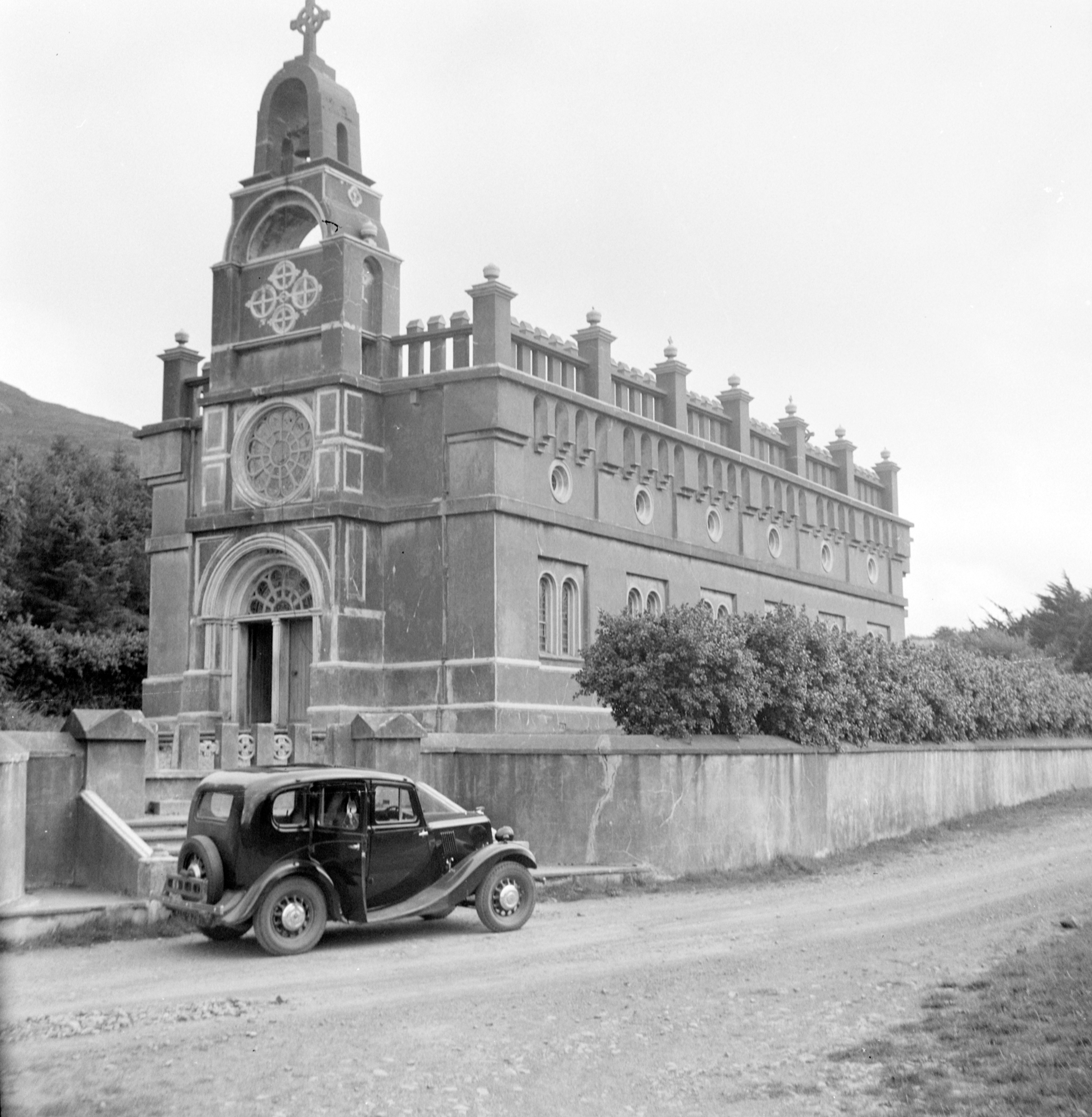 Try to find the date or year when this image was made.
Thanks for contributing!
We were in Recess last week on an Imperial visit and today we are gone all Republican with Mr. O'Dea. This church and car look rather dated but both have welcoming open doors. The design of the church is rather bizarre, a mix of neo somethingorother and Turkish Baths. Has it survived or did some kind soul put it out of it's misery?

EDIT
This church is not in Recess it is the church of the Immaculate Conception, Finny, Co. Mayo, well done to Bernard Healy for finding the location.