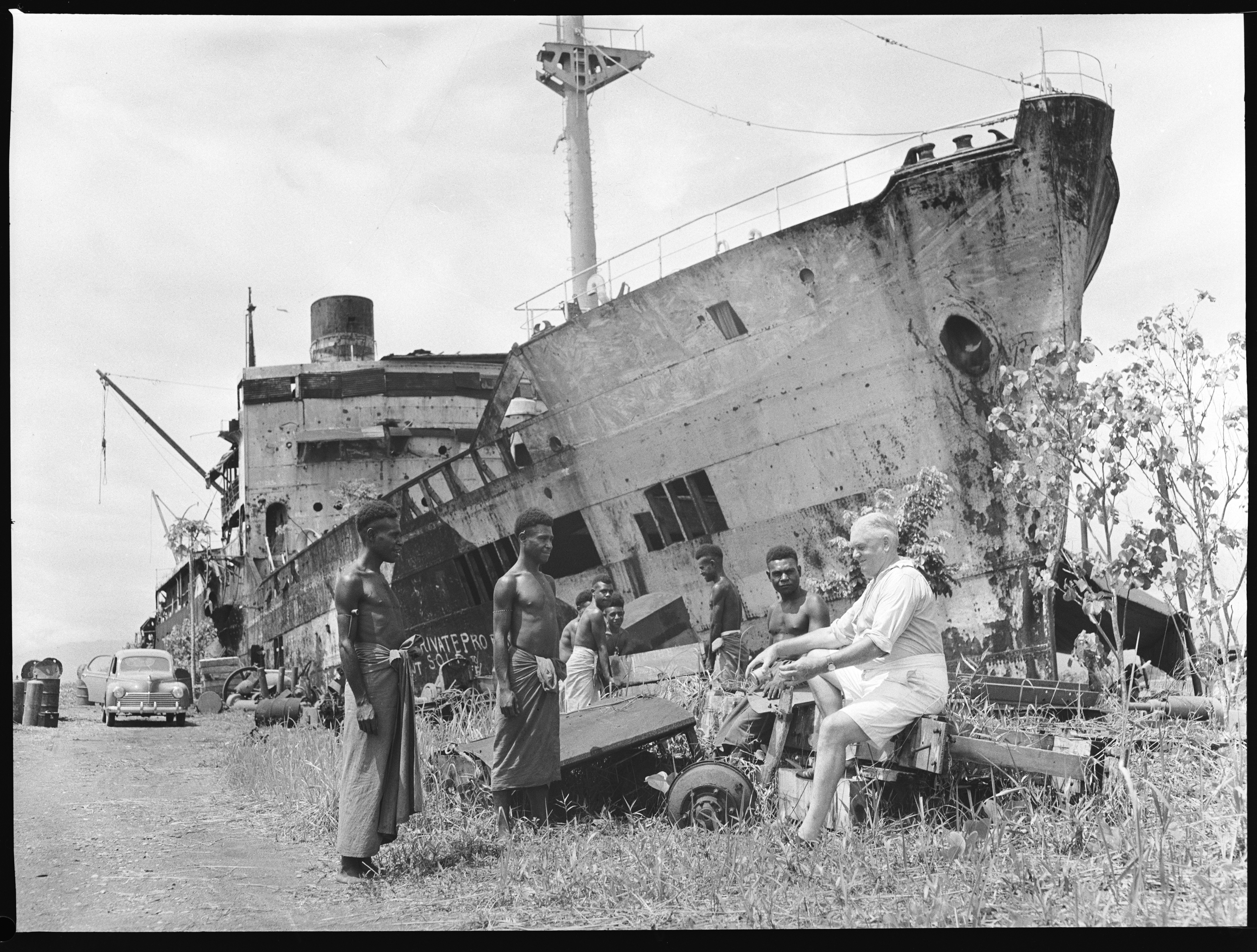 Try to find the date or year when this image was made.
Thanks for contributing!
John F. Hoile & Papua New Guineans next to his engineering workshop in the shell of the Japanese ship 'Myoko Maru,' near Malahang beach, Lae, New Guinea, People Magazine, February 1951, from film negative, ON 388/Box 068/Item 054 collection.sl.nsw.gov.au/record/94RXmVw1/LyGMNzOEmzP73

Pacific islands monthly PIM.Vol. XVIII, No. 3 ( Oct. 17, 1947) nla.gov.au/nla.obj-316572615
John F. Hoile's engineering Shop in shell of the Japanese ship Myoko Maru near Lae. The ship was beached on the Lae side of Malahang after Allied forces bombed her during the Salamaua-Buna attacks during World War Two.The boat provided accommodation for thousands of American and Australian troops, moving north. At first, only her nose touched the shore; but as the years passed, the sea receded, leaving the ship entirely beached.
Hoile and his brother have turnied it into a engineering workshop for surrounding plantations and mines.