When people had the courage to stand up and be counted 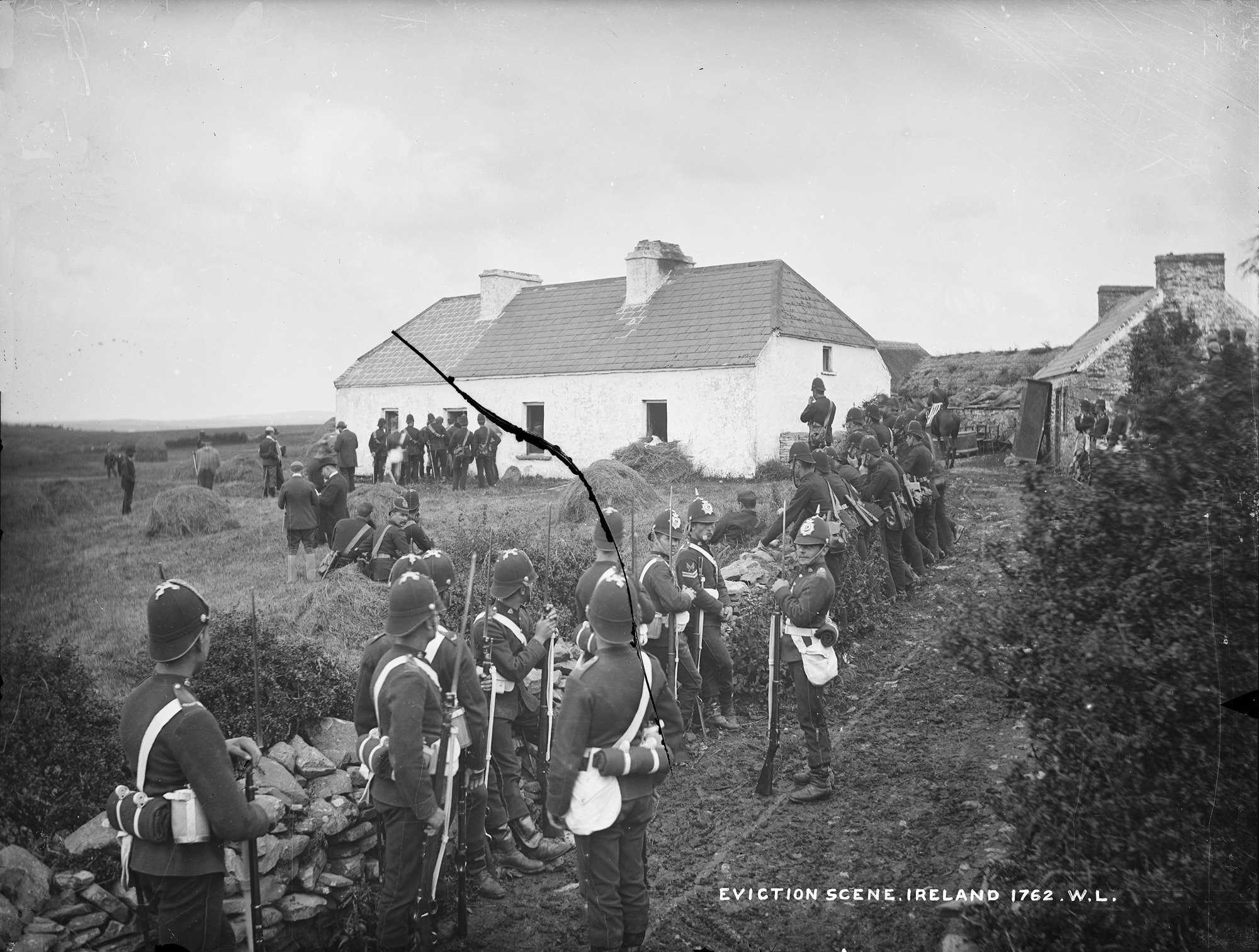 Try to find the date or year when this image was made.
Thanks for contributing!
Today is the day after the death of the former Ulster Unionist leader, David Trimble RIP. This image is a reminder that the troubles go back a long way and that when people take a decision to change and make a stand that the risks are great and the might of the state can be brought to bear against you. This image was not digitised when we were running the Evictions series but is a good reminder of those terrible days and all the trauma that ordinary people went through. Like David Trimble, John Flanagan and his family were people of courage who stood up and took risks for what they believed in!